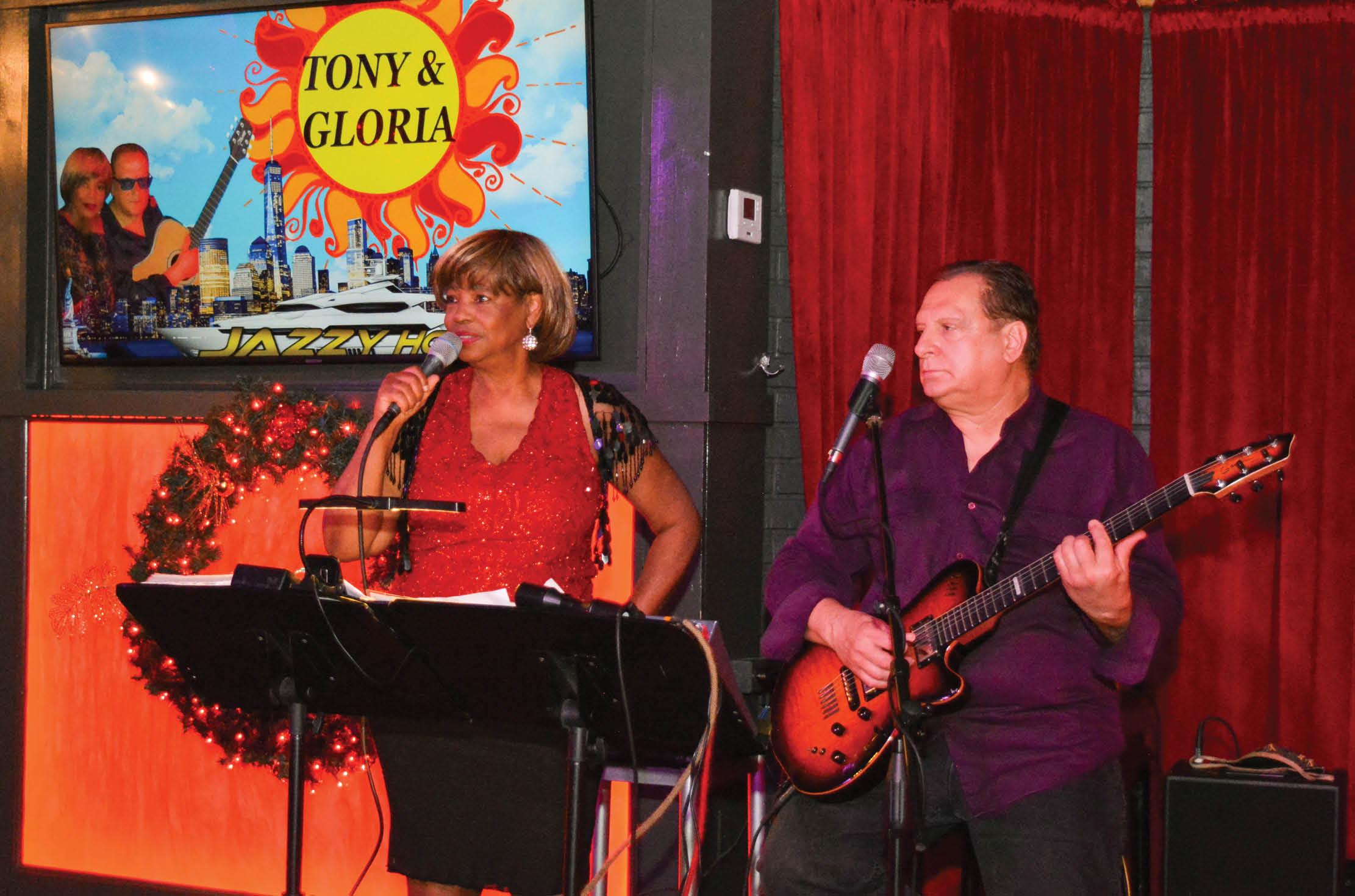 It’s Wednesday. The stress of the work week is piling up and the weekend seems so far away. But inside Georgie’s Alibi is a show that sends the stress away and summons a smile to your face. Tony & Gloria take the stage for a musical set that makes you relax, tap your toes, and maybe even sing along.

The duo have been playing venues in South Florida for more than 25 years, amassing a fan base that continues to grow. These days, they play the front stage at Georgie’s Alibi Wednesdays at 6PM, and their act puts the ‘happy’ in ‘happy hour.’

“We both love music,” Tony told OutClique. “We both love being around people who love music and love performing for people and seeing their reaction.”

They play a laid back, jazzy set filled with classics you know and a few you may hear for the first time. Tony does some backup singing and all the instruments, including guitar and keyboard, the culmination of a lifelong passion for music.

“I’ve been playing guitar since I was seven years old,” he says.

Gloria is the playful one, encouraging fans to visit the bartenders during the show, making fun commentary between songs, and exuding a personal warmth that makes everyone in the audience feel like they’ve made a genuine connection with the performers, and there’s a good chance they have.

“The boys in the neighborhoods where we work have become family to us,” Gloria says. “They are wonderful. We love them, they love us.”

Tony feels the same. “Everybody we know has been following us for all these years and coming to all the different venues. We’ve known most of them for 20 years or more. We’ve been through lots of things with lots of different people and we’re a family.”

“I walked into rehearsal, I saw him and I went ‘Ohh,’” Gloria says. “I never believed in love at first sight, and it was. He asked me to marry him in three weeks and we’ve been together ever since.”

Their personal and professional careers have literally kept them warm. They spent several winters performing in Saint Martin, but after that,  they returned to New York. Gloria says that wasn’t for her.

“We went back to New York and it snowed every week. We weren’t used to that. He said let’s go to Key West. I’m like, ‘What’s Key West?’”

She quickly found out and they performed all over The Conch Republic during the mid-to-late nineties.

Eventually, a friend opened a place in Fort Lauderdale and convinced them to come along. While it soon closed, Tony and Gloria knew they were home.

“It took me at least two years to adjust to Florida,” she says. “After a while I got used to it and I love it. I don’t want to do snow angels. If anything, I’ll do sand angels.”

Before their set Tony was out in the audience chatting with regulars, even during the break in their set they chatted with old friends. “We have a couple that came in six years ago, we played their wedding. Tony remembered all their songs.”

After all this time, Tony says they still feel the South Florida love. “We love them, they love us.”

Times Are A Changin’!

Pride Center Changes With the Times