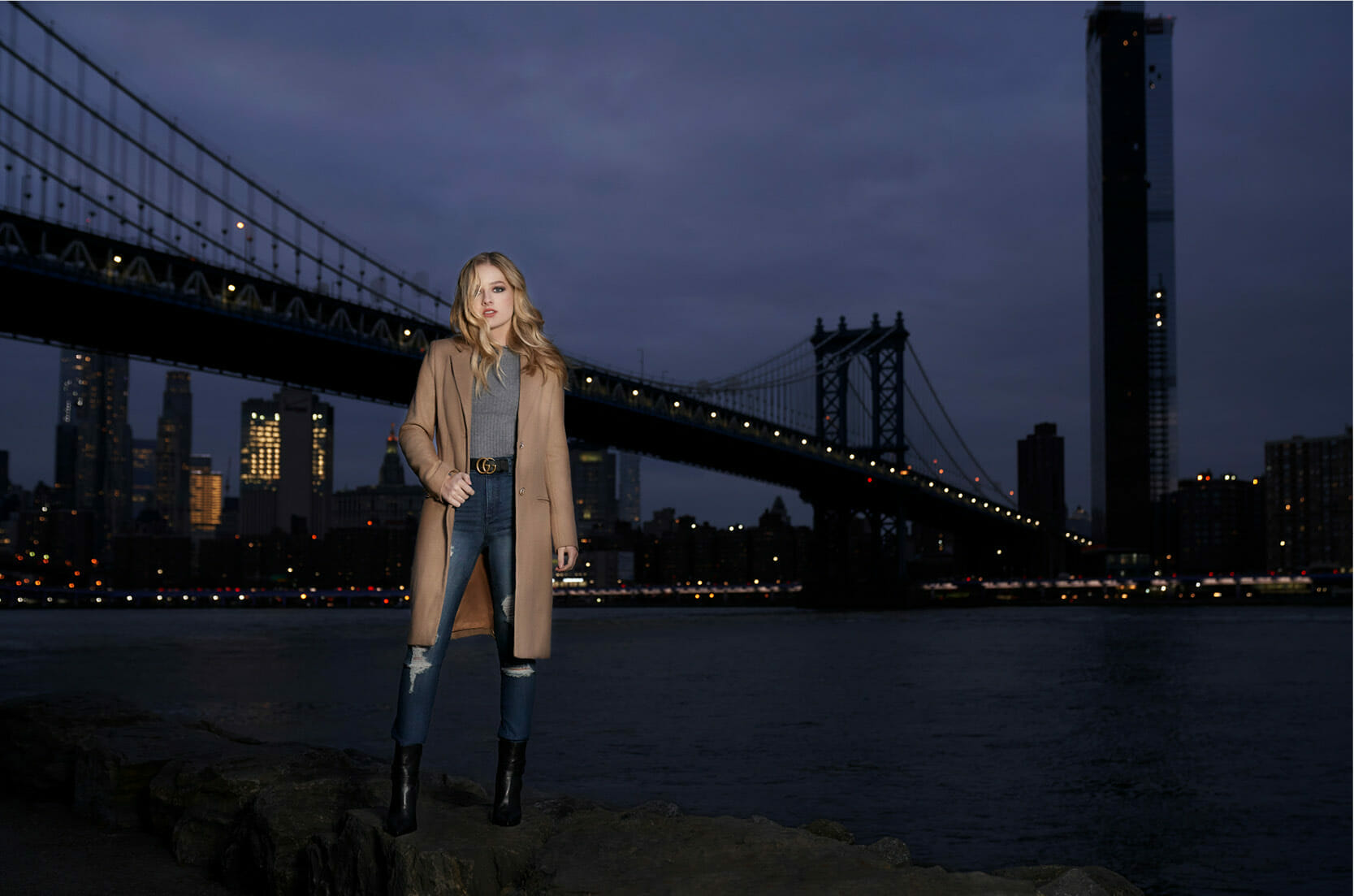 An interview with Jackie Evancho

Singer Jackie Evancho may be just shy of her 19th birthday but she’s already had enough of a performance career to last a lifetime. A young woman with a soaring operatic range, Evancho began participating in talent competitions when she was still in the single digits, her big break and greatest exposure came when she placed second during season five of America’s Got Talent. From there Evancho became a popular classical crossover artist, releasing EPs and full-length albums, most recently 2017’s Two Hearts (Portrait Records). I spoke with Jackie shortly before the start of her concert tour.

Gregg Shapiro: Jackie, your 2017 album Two Hearts includes your wonderful renditions of modern pop tunes by artists such as Sam Smith (“Writing’s On the Wall”), Christina Perri (“A Thousand Years”) and Taylor Swift (“Safe and Sound”). Please say something about the process of selecting this type of material for an album such as Two Hearts.

Jackie Evancho: I know that it’s different for everybody and every artist. But for me, personally, it’s listening to songs that really speak to me and trying to find ways that you can recreate songs and present them in a way that nobody expects. Creating your own version so that maybe someday someone says, “I want to sing this song, but the Jackie Evancho version.” I always think of that when I do covers.

GS: You perform a cover of “The Way We Were,” a song originally sung by Barbra Streisand. What can you tell me about her influence on you as a performer?

JE: Barbra actually has a big influence on me. More than a lot of other influencers of mine. She really inspires me by her stage presence and the control she has over her voice. A lot of people say that it seems so effortless for her when she sings. That’s exactly what I want people to think when they see me. It seems like it feels good for her to sing. I know that it definitely feels good for me to sing. I just hope that one day I can be like Barbra.

GS: Have you met Barbra?

JE: No. Well, technically, years ago at David Foster’s wedding, we were both there, but I didn’t say hi or anything [laughs].

GS: The songs “The Way We Were,” “Safe and Sound,” “Writing’s On the Wall” and “May It Be” are from the movies The Way We Were, The Hunger Games, Spectre and The Fellowship of the Ring, respectively. What would it mean to you to originate the theme song to a movie?

JE: That would be an absolute dream of mine. That is actually one of my top goals as an artist. Within my career, I would love to do that. There’s something so classic and legendary about theme songs and ending credit songs. For example, “My Heart Will Go On” from Titanic. It creates this whole other status of legendary that I would love to achieve.

GS: Speaking of movies, your 2012 album Songs from the Silver Screen consisted of songs from movies. Do you consider yourself to be a movie buff, and if so, what are some of your favorites?

JE: I think that I would consider myself that. I love movies. With what I do, I’m constantly traveling and I always have free time so I’m always watching movies. I think some of my top movies would be The Phantom of the Opera, and I really love Pride & Prejudice with Keira Knightley, I think it’s so beautiful. I also love The Great Gatsby with Leonardo DiCaprio because it’s so colorful and they do such a great job of incorporating the music from our time and making it sound like the 1920s.

GS: You also acted in the movie The Company You Keep, playing the daughter of Robert Redford. Would you like to do more acting in movies?

JE: I would love to do more acting. Especially since that part of me has matured, so I think my performance would be a little better [laughs]. I also want to dabble with acting after I feel like I’ve mastered my music area. 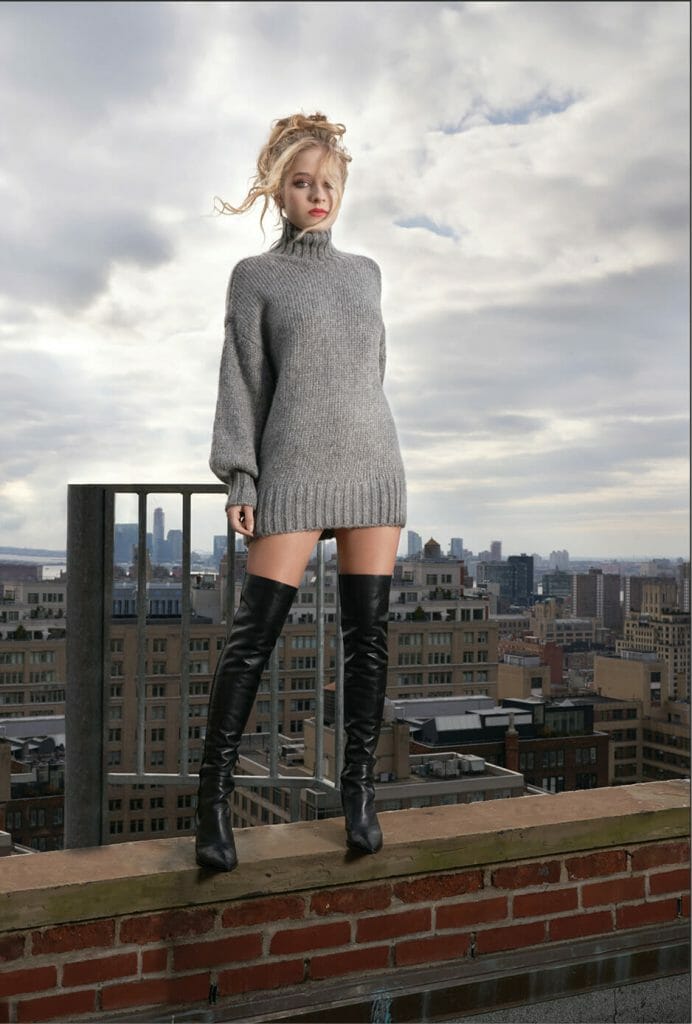 GS: One of the most exciting things about Two Hearts is the second disc, “Part Two,” which features four original songs written by you. How would you describe your songwriting process?

JE: My songwriting process is pretty different depending on what pops into my head. Sometimes it could just be a lyric piece that I need to write down and create a melody to go with it. Other times it’s the opposite where the melody comes first and I write lyrics to it. Sometimes I feel like I just want to create a song, so I open [the computer program] Garage Band and just mess around until something pieces it together.

GS: Are you continuing to write songs?

GS: Do you think you would ever record an album of just your original songs?

JE: I really hope so. That is actually one of my ultimate goals in my career, as well. A whole album of just my originals.

GS: As someone who has been performing on TV and in concert from a very early age, do you have words of advice for other young performers who are considering a similar path?

JE: Yes. I would say that it’s not always easy. I know that a lot of times you want to be a kid and play outside or whatever and you have to perform or something. Just remember that if you truly love it, everything falls into place. Despite how you feel in that moment, years later you may understand it more and you’ll understand why you did it.

GS: Finally, would you mind saying something about your awareness of a following in the LGBTQ community and what it means to you?