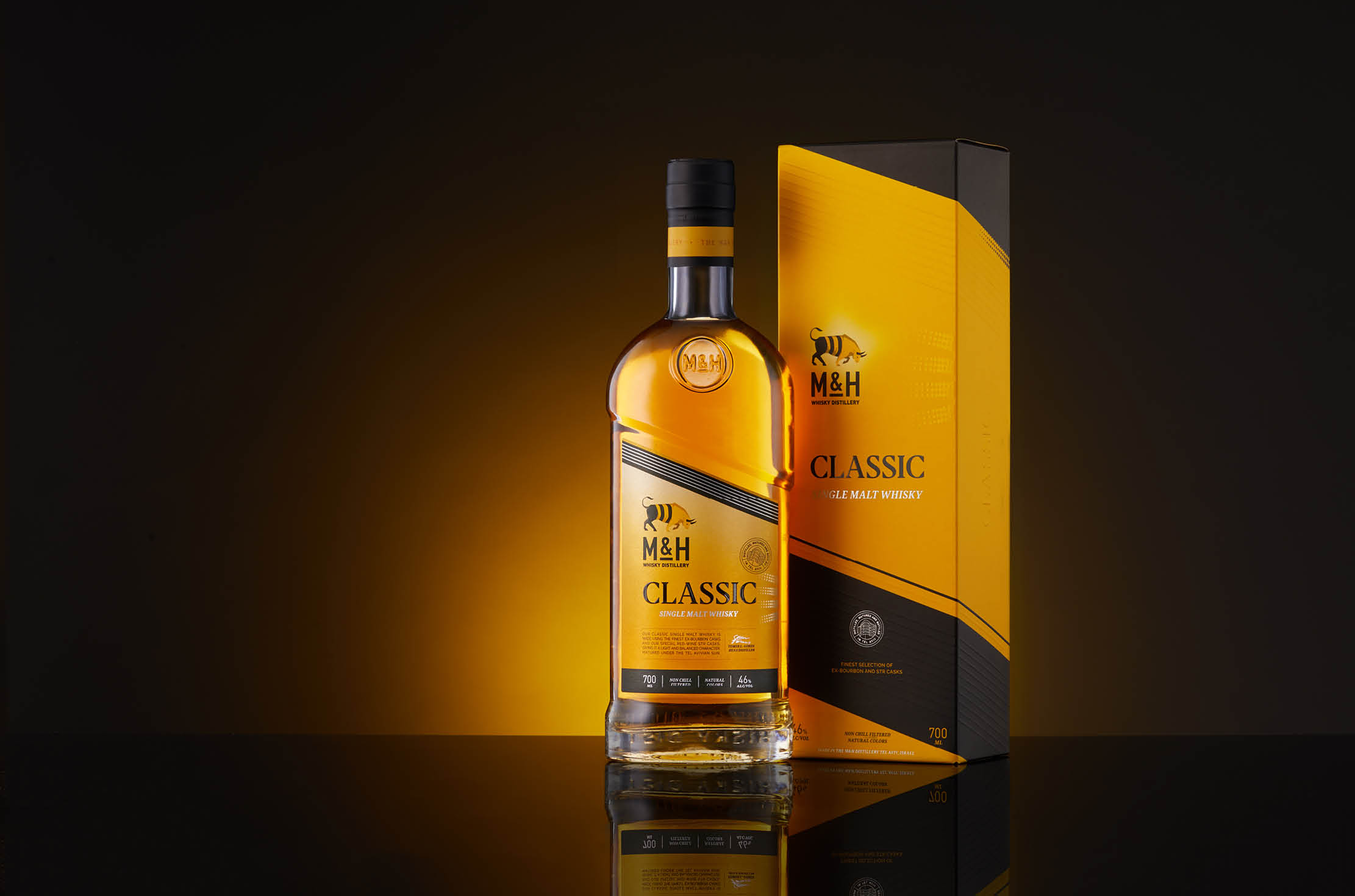 More than a decade ago, the derelict bakery on the cusp of Tel Aviv and Jaffa languished as a crude site for development until a group of Sabra entrepreneurs envisioned the spot as a gem that could reflect Israel’s thriving urban scenarios – its burgeoning technology, nearby Bauhaus architecture, artisanal and culinary cultures – with an intrinsically Israeli whisky. The group of five, then six, high-tech moguls – whose success percolated dreams of crafting Israel’s first, authentic, traditional-style Scotch whisky – determined to override the challenges of this land, obviously lacking the climate or verdant soil streaming with fresh water typical of prime whisky-producing areas in Scotland, Ireland or Canada.

Anticipating a fun hobby venture, the entrepreneurs researched and developed a business plan. Ambitions grew as they realized the potential for a whisky market in Israel. They sought out chemist Dr. Jim Swan – the famed “Einstein of Whiskey” – expert in hot climate distillation and maturation who had helped India develop its whisky production. Nurtured by Swan’s expertise, they created the Milk & Honey Distillery (M&H), pioneering Israel’s first whisky distillery and, ultimately, an Israeli brand that is gaining international recognition in the global whisky market.

M&H CEO Eitan Attir explains that Swan consulted on all aspects, defining the designs of the custom-made copper pot still and Israeli-made mash tun, handpicking the first selection of barrels and developing the recipe with kibbutznik Tomer Goren in 2012. Goren, now 37, who is now officially credited as Israel’s first and only official Master Distiller – notable for his “amazing nose and palate and ability to blend and balance whisky for the perfect product” – is today renowned as a judge for international whisky competitions.

In 2014 M&H opened the state-of-the-art facility in its Tel Aviv – Jaffa location. Now 36, Eitan Attir – who grew up in Haifa and moved to Tel Aviv after the army – was working as a distributor for Apple in Israel, among other start-ups when one of the owners, Gal and Lital Kalkshtain approached him to be CEO.

Attir explains, “Even though Israel had no standards for producing whisky, M&H was immediately committed to producing single malt whisky with strict standards for authentic artisanal production using Scottish techniques. As Israeli soil is not conducive to producing the best quality control bar/ley for the best whisky, we imported barley from Muntons in the UK.”

Designated as a “New World Whisky” producer because it is located outside of Scotland, Ireland or Canada, M&H is allowed certain liberties of taste. Attir passionately describes plans for new libations, “We honor the traditional method of double distillation of single malt with an Israeli twist by using innovative techniques. We have started placing casks around Israel, even in the Dead Sea, on a hotel roof-top. And using casks that previously aged pomegranate wine and kosher Sherry.”

Whisky tasting at the Milk & Honey Distillery is a celebratory must stop, not just for locals or tourists, but for international corporations (like Dell and Microsoft) who plan inspired events amid Tel Aviv’s urban start-ups in this place spawned by entrepreneurial start-ups themselves. All in good taste, visitors are guided with sensuous tips in colour, aroma and flavor on the palate to distinguish between smooth, sophisticated, and peaty whiskies. The heady impact grows easily if they also indulge in sips of M&H Levantine Gin or Roots Herbal Liquor.

Since its first single malt whisky sold at auction in 2017, M&H has distributed across Israel. Its whiskies are offered on El Al flights, and are internationally being distributed across Australia, and – as this article is written – in the United States and Canada. Aiming for 25 different markets by 2021, Attir says, “We aim for M&H to be the Israeli brand for whisky among the world’s best New World whiskies. We’re creating global interest for a strikingly different whisky taste experience that is unique to M&H.”

As Israel’s first whisky distillery – in the land where wine is the traditional libation for Shabbat and life-cycle events – M&H is credited with spurring a whisky culture. For example, the restaurant Whiskey Bar & Museum –  located in an ancient underground tunnel supposedly carved by Knights Templar as a winery – is popular in Tel Aviv’s Sarona Market for having one of the world’s largest whisky collections. Master Distiller Tomer Goren created the Whisky Live Israel Expo in Tel Aviv, attracting sold-out crowds annually to taste M&H alongside Glenlivet, Ballantine’s, Aberlour, Glenmorangie, Glenfiddich and more.

M&H’s pioneering production inspired others to create distilleries in unique geographic areas, such as the Golan Heights Distillery in the ancient city of Katzrin. Pelter Distillery in the Golan Heights’ Ein Zivan also makes brandy from dates. The Legends Distillery in the Elah Valley and Edrei Distillery in Katzrin (incidentally started by a former Montreal corporate lawyer who made aliyah) are apparently growing their own barley for a purely Israeli product. The Jerusalem Distilling Company also creates rum, gin and Tunisian date liquor. Competition delights Eitan Attir: “A growing number of distilleries is key to establishing a real Whisky industry in Israel.”

When the group of six high-tech moguls saw a thirst for Whisky in the land of milk and honey, they may very well have spurred a new spirit for tourism to Israel.

Cheers! Or, as the Israelis say, L’Chaim!

Toby Saltzman is a Canadian travel writer who has traveled the globe in search of authentic experiences. She is the winner of two Lowell Thomas Travel Journalism Awards (Gold and Silver). Toby’s websites are www.TravelTerrific.com and www.CanadaLuxury.Travel. Follow Toby on Twitter @TobySaltzman.

Does Your Beard Really Need It’s Own Shampoo?