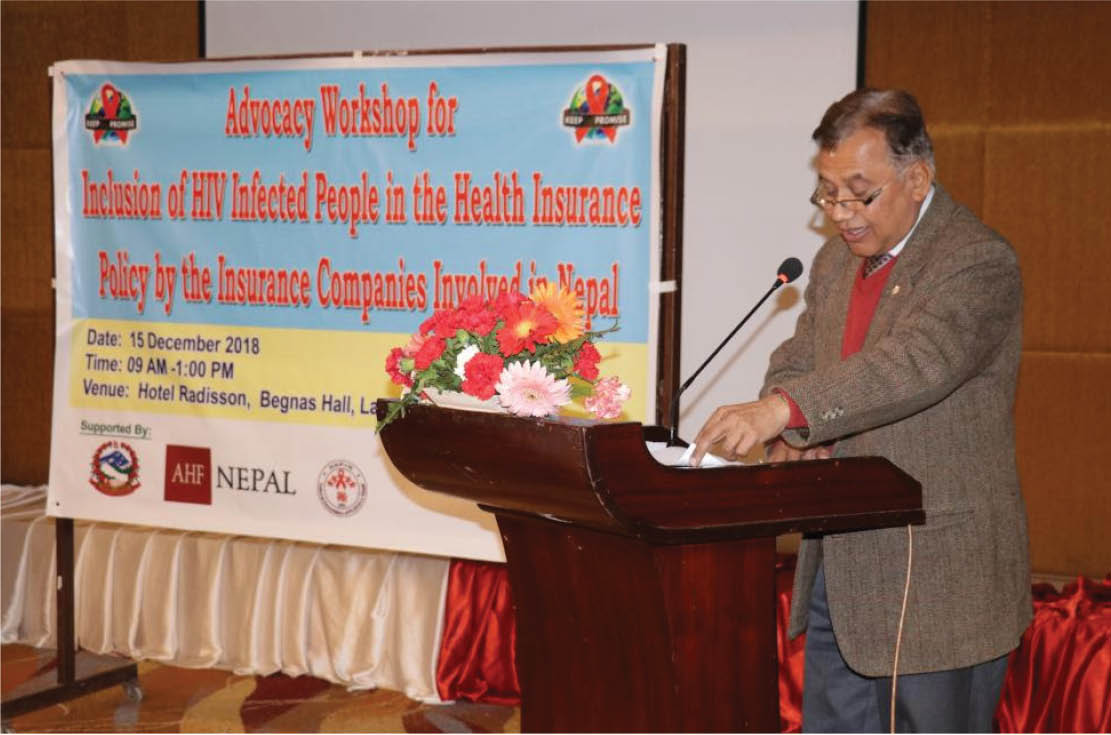 By Julie Pascault (Courtesy of AHF)

Combined efforts of many partners across several years of committed work has resulted in a massive advocacy success for people living with HIV (PLHIV) in Nepal – with HIV finally being recognized as a chronic disease in the country. That historic change allows PLHIV and up to four family members to be covered under insurance plans provided by the government. Private life insurance companies have also begun offering policies to PLHIV, something that was unheard of prior to recent advocacy efforts.

The addition of PLHIV into government-paid health insurance plans was solidified following two national conferences in 2018 and 2019 which were organized by AHF Nepal, the National Association of PLHIV in Nepal (NAP+N), and other partners. Key parliamentarians and insurance officials were presented with real-life profiles of PLHIV and how access to equitable health services allows them to be productive members of their communities and lead fulfilling, healthy lives.

“These conferences brought to light the hardships, both economic and health-related, that [PLHIV] face on a daily basis when they aren’t considered equal in the eyes of society,” said Deepak Dhungel, Country Program Manager for AHF Nepal. “With the government recognizing that HIV is a chronic yet treatable and preventable disease, they have gone a long way towards destigmatizing HIV and putting [PLHIV] on the right path towards successful and healthy futures.”

Longtime HIV advocate and NAP+N President Rajesh Didiya was diagnosed with HIV in 2003 and presented himself as a living example at the conferences. “This campaign has shown that when government and civil society work together, we can achieve great things that save lives,” said Didiya. “The signing of a memorandum of understanding between NAP+N and a key life insurance company is a step in the right direction towards added protections for [PLHIV], but we will continue our advocacy – much still remains to be accomplished.”