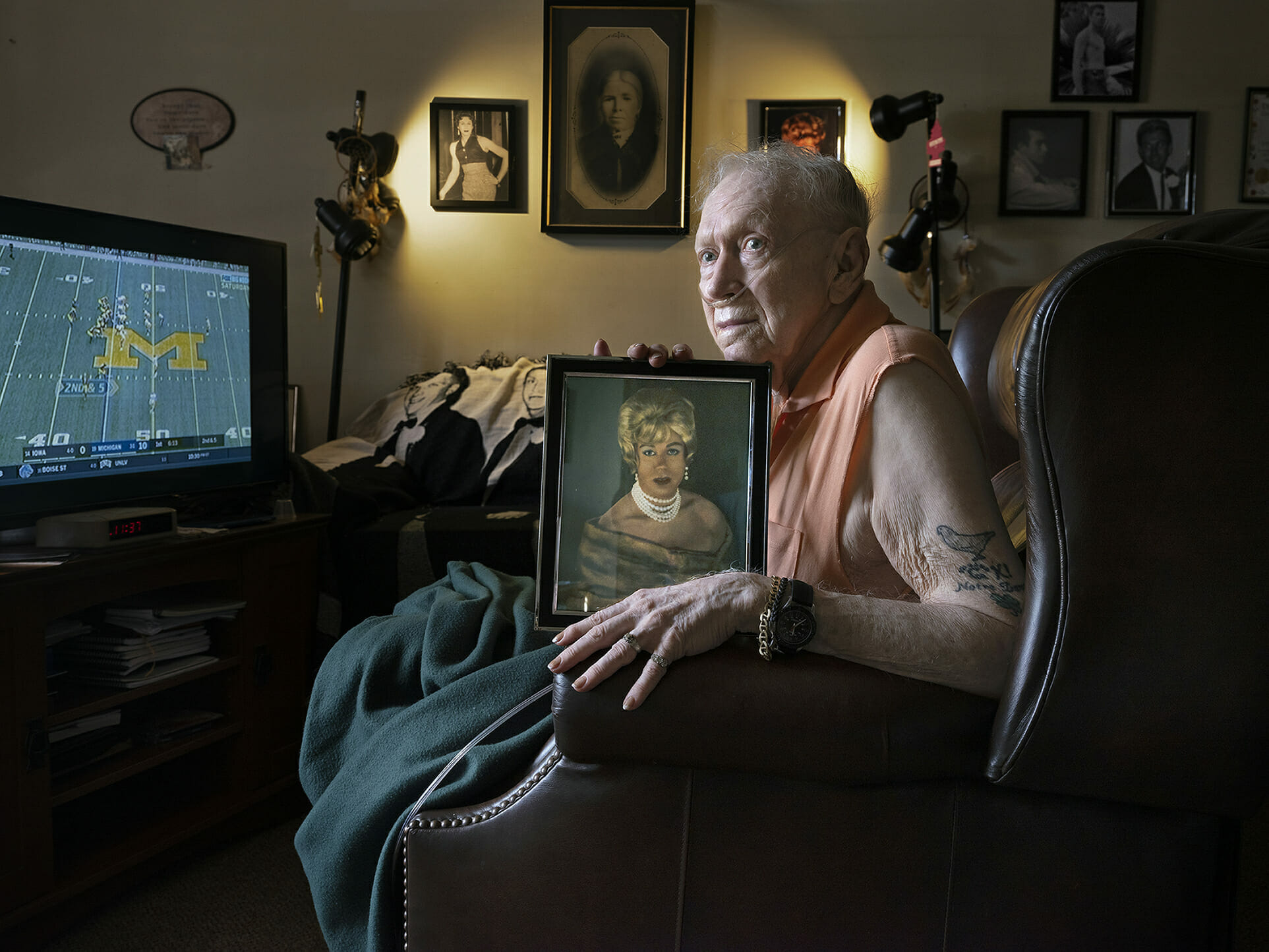 John “Gene” E. Dawson always dreamt of living his authentic self, but sadly, he grew up in a time when LGBTQA+ rights were not as accepted as they are today. This resulted in some horrific backlash.

His tell-all memoir, Farm Boy, City Girl: From Gene to Miss Gina, details Dawson’s life growing up on a farm in Depression-era Iowa and spending his adult years living on the LGBTQA+ cultural edge in Cedar Rapids, Iowa, and St. Louis, Missouri.

“I started writing down my memories in 2004, and then I thought, I should write some sort of book,” Dawson said. “Everybody read the memories and liked them.” With the help of Dawson’s niece, Tammy Dawson Bonnicksen, Farm Boy, City Girl: From Gene to Miss Gina was set into motion. “Tammy got all my memories in chronological order, arranged them, and edited them,” Dawson said.

“Gene wrote the first part up to 1959,” Bonnicksen added. “It was because he is such a great storyteller, all these relatives were saying, you need to write this all down. I think a lot of people thought when he ended in 1959, okay, what’s next? It took him 10 years to get everything together, and it was just a matter of when he wanted to finish and put it all together.”

Dawson’s story, which is broken up into three parts, is a reality call for readers that we must never forget about the people within the LGBTQA+ community who came before us and fought for our rights. He says he knew he was gay about two seconds after he was born. “I was aware that I was different,” he said. “So, I say I kicked the closet door off the hinges when I was born.”

Growing up during the Great Depression, the terms “gay” and “gender-fluid” were not used, so Dawson did not know if others like him existed. That changed when he found out his brother was also gay. “He liked boys too,” Dawson said. “We sought out books and academic papers to find out what we were, and I found a book called The Homosexual in America. I read it, and I told my brother, I am one of those, and you are too.”

In part two, Dawson initially leaves the farm and begins transitioning into his new life as a gay man in Cedar Rapids and St. Louis, and adopts the “city girl” persona of Gina, which was picked out by a drag queen friend. “She said I needed a name, so she called me Gina after Gina Lollobrigida,” Dawson said. “Although I am not Italian, when I had my hair dark, she said I looked like Gina Lollobrigida. So, I became Gina.”

Unfortunately, a tragic incident sent him back to the family farm in Iowa. “It was like a tropical plant being moved to the northern hemisphere,” Dawson said. “It was completely different, and I had to really try and act masculine. My mother was in an accident that left her severely burnt, and she died six weeks later in a hospital. She said, ‘It looks like it will be up to you and your dad to raise these little boys.’ I had three younger brothers. I would have done it anyhow, but I told her she was going to get well. She looked at me like, you know I’m not.”

Dawson says it was like living in a police state. “You could be snatched off the street just because you were walking,” he said. “One time when I was over in East St. Louis, these Caucasian detectives threatened to throw me off a building and then into the Mississippi River. The next time they pulled up, I took off running and they sped after me in their car. I went running down alleys, jumped over fences, and it was pouring down rain. I finally got out of their jurisdiction. If they caught me, they really would have thrown me off a building. That was enough for me. I did not go back.”

Dawson’s life story even piqued the interest of documentarian Geoff Story and was a topic of an article in The New York Times that also talked about Story’s LGBTQA+ history documentary, Gay Home Movie. He hopes his story helps young people, LGBTQA+ and straight, to have the confidence to be themselves.

“The worst thing you can do is live in fear,” Dawson said. “Just be yourself.”

According to Bonnicksen, Gay Home Movie inspired Dawson to continue with the book. “Gene was afraid to put the book out because he did not want to offend anyone,” she said. “The documentary gave him some confidence. I knew a lot of Gene’s stories, but I did not know all of them. There are a lot of defining moments, and it is amazing that he survived so much. Some harrowing stories can be found on pages 172, 183, 185, and 194.”

Since being released in 2020, Farm Boy, City Girl: From Gene to Miss Gina has received several important honors which include being a finalist, LGBTQ: Non-Fiction, American Book Fest Best Book Awards and Pinnacle Book Achievement Award, Best LGBT Memoir by the National Association of Book Entrepreneurs.

Sadly, Dawson passed away at the age of 89 in September 2020, only a few months after the book’s release.

Farm Boy, City Girl: From Gene to Miss Gina is available on Amazon, Barnes and Noble, and other book selling outlets. For more information, email FarmBoyCityGirlBook@gmail.com.

Island City Stage Presents: Behind the Red Curtain community forum entitled “Law Enforcement and the LGBT+ Community – Where are we today?”