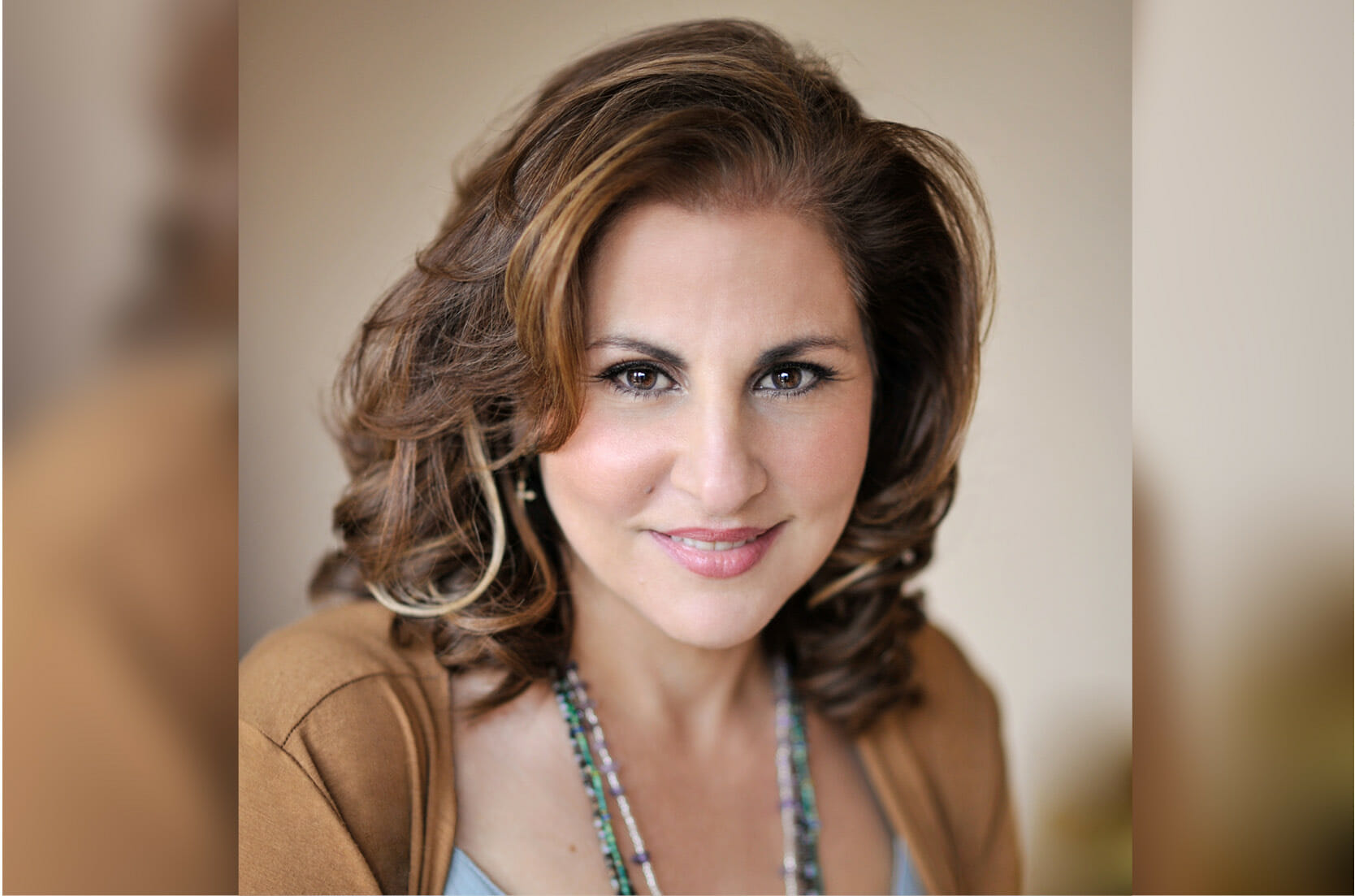 An interview with Kathy Najimy

You know how when you see a movie or watch a TV show and you see a performer, in this case Kathy Najimy, and you think, “She seems like the nicest, most genuine and caring person?” Guess what? She is! A longtime outspoken feminist, activist and supporter of the LGBTQ community, Najimy is equally beloved for her performances in contemporary classic movies such as Sister Act, Sister Act 2: Back in the Habit and Hocus Pocus. Fans of Najimy’s activism and acting will have a chance to hear her speak on February 22, when she is the keynote speaker at the Stonewall National Museum & Archives Gala 2019 (www.Stonewall-Suseum.org/Gala-2019). I had the pleasure of speaking with Kathy shortly before her appearance at the Stonewall gala.

Gregg Shapiro: In the early 1990s, shortly after you started appearing in movies, you made a pair of back-to-back movies – Sister Act and Hocus Pocus – that are beloved by many and have achieved cult status. What does it mean to you that those movies have become so iconic to so many?

Kathy Najimy: It’s always heartening. I’ve done close to 30 films and a lot of TV projects. When you do them, you pretty much know by the script if [laughs] it’s good material or not, if you’re lucky enough to work with good material. It’s always a surprise, the ones that rise to the top. When we were doing both of those movies, we had no idea. In fact, the weekend when Hocus Pocus first came out, it was last in its lineup.

KN: But because of people passing down the VHS and DVDs to other generations, and now it’s on TV all the time, in the last 20 years, it’s gotten bigger and bigger, which is always surprising. Of the 30 movies and I don’t know how many TV shows, you really just remember the experience you had making it. It’s sort of up to the zeitgeist as to which ones become popular.

GS: You also have a long history of competing on game shows. Please say something about both your competitive nature and your generosity with your winnings.

KJ: Thank you! I love to play games. I grew up lower middle class, so we didn’t have a lot of dough to go on trips or anything like that. Games are free, so we played a lot of games. I especially like smart games. That’s why I like going on the ($100,000) Pyramid so much, because it really is very little luck. I’ve always been a feminist and activist before I was an actor. I found that becoming an actor not only paid the bills, but it also gave me a forum to speak to more than the eight people I used to speak to at the coffee shop in San Diego in Golden Hill [laughs]. Especially appearing on television, it was so great and surprising to be able to talk to literally millions about things that I care about. I think that not only propelled my activism but kept me doing press [laughs] because, like I said, you could reach so many more people in a magazine article or on a night time talk show than at a small rally. Hand-in-hand, they both worked really well for me. On one poker game show, I won $100,000 for V-Day, which is to stop violence against women. I’ve raised money for PETA, which I think is a grand organization. I did a show called The Weakest Link which was really fun. I found that a lot people’s charities were really worthy, but ones that were acceptable for the American public to hear (named on TV). I wanted to pick a charity that maybe doesn’t get talked about on NBC a lot [laughs]. I picked The Campaign to Stop Female Genital Mutilation in Afghanistan. The hilarious part was that every time she (the host) would go down the line and ask (the contestants) what they were playing for – and they were all really worthy charities – it would kind of needle-scratch stop when I said, “I’m playing for The Campaign to Stop Female Genital Mutilation in Afghanistan!” And guess what? I won!

GS: That’s fantastic! I’m so glad you mentioned your activism which extends to and beyond the LGBTQ community. Would you please say a few words about those people in the entertainment world who have inspired you and how you see the impact of your activism in this day and age?

KJ: That’s a good question. I’ve been around long enough to see waves, which is really heartening. Because sometimes you get so discouraged at the beginning when there were really only a handful of us in the public eye. I understand, because people’s careers are affected by it. But I don’t really don’t care as much about that as I do my feminism and activism, and my LGBT activism, which then, when I first became an activist, there was just G [laughs]. There was no LBTQ. It was just gay rights. I started working on gay rights in about 1976. It was a long time ago. This will make you laugh – we started the Hawaii Initiative for Gay Marriage, really thinking that it would go real quick [laughs]. I’m so happy that it’s happened now, but it took 40 years. At my college, San Diego State, I remember seeing a theater group called Theater Rhinoceros (dealing) with the AIDS epidemic. Plus, I had lots of friends who were dying of AIDS. I really am grateful for that Theater Rhinoceros show because that started me on the road to being an anti-AIDS activist. In fact, I got the Howard Ashman Award from the Gay Men’s Health Crisis (in New York). That was a great night.

GS: On February 22, you will be the keynote speaker Stonewall National Museum & Archives’ Gala 2019. As someone who, from the beginning of your cinematic career to the present day,  has appeared in several movies with LGBTQ characters, including Jeffrey, Say Uncle, Bam Bam & Celeste, Bear City 2 & 3, A Change of Heart, Dating My Mother and, most recently, Dumplin’. Can you please say something about what the LGBTQ audience means to you as a performer?

KJ: I think that being at a place where your craft and your politics meet is a really sweet spot. If I can marry taking a gig for a film that also reflects my point of view, or maybe pushes the world forward in open-mindedness, then that’s a great gig for me. That’s a Kathy Najimy gig. I’m always surprised and honored and happy when (that happens). I started out with The Kathy & Mo Show, which was a two-woman feminist comedy that I wrote and performed with Mo Gaffney for more than 20 years, as well as two HBO specials. The thing is is that I started early marrying acting and writing with my political point of view. That, to me, was such a great time in my life, it was so organic. I felt completely fulfilled because I got to write, perform and talk about the issues that I care about. Then reality sets in and, to make a living, you get cast in whatever movie will have you. But still being an activist around that. You have the opportunity to do a lot of publicity when you do a movie or TV show which is a chance to speak about important things. When both come together, in the case of Dumplin’ or Jeffrey or Say Uncle, that’s a really glorious couple of weeks for me.

GS: Do you know if the Stonewall National Museum & Archives has any Kathy Najimy memorabilia in its collection, and if not, do you have plans to donate something?

KJ: I haven’t been asked! My office and I were doing some research on the Stonewall Museum and I have to say that I am so impressed with the work that they’re doing! A lot of times organizations talk about things that are unfair or homophobic, but don’t really give us the answers. Doing my research on this organization and the programs they that have for teachers, school districts, students about education in the area is so overwhelmingly impressive. They really are identifying a singular problem and then offering such great solutions. You don’t see that a lot. I’m excited to come there!

GS: Finally, are there any upcoming film or TV projects on the horizon that you’d like to share with the readers?

KJ: This is the last season of Veep and I am on that intermittently. I recur on a show called Younger, which films in New York with a bunch of great women and is really fun. I love it. I make an appearance every couple of episodes. I also do speaking engagements, traveling the country speaking about issues that move me.