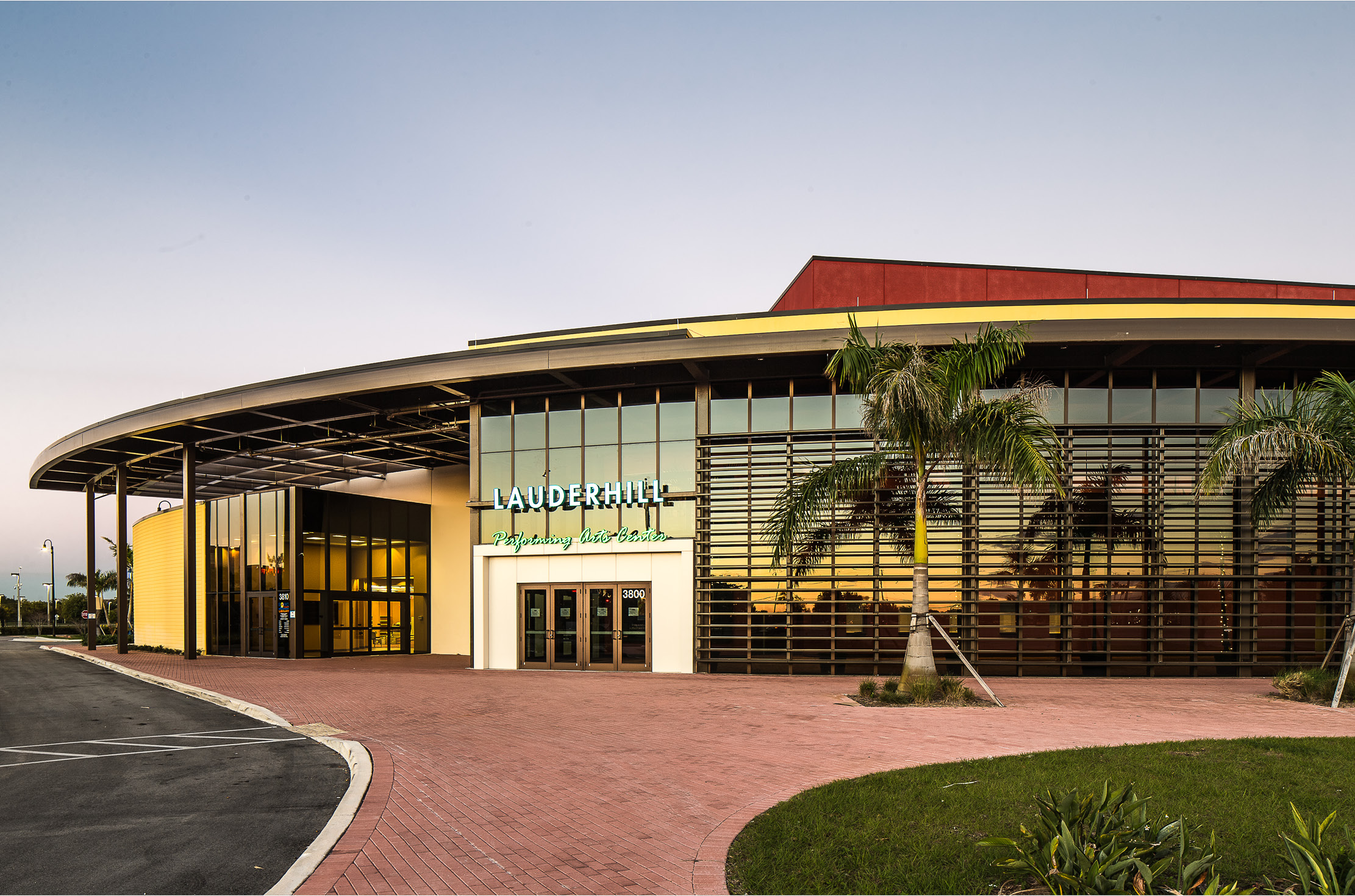 West Side Story. Beauty and the Beast. Kinky Boots! Some of the biggest Broadway shows are coming to South Florida, and you probably don’t even know they’re here. The Lauderhill Performing Arts Center (LPAC) is one of our area’s newest venues and is already bringing through top acts and shows.

Now in its fourth season, LPAC is hitting its stride, serving Lauderhill and all of Broward County. The building has a sweeping glass entrance with a gorgeous view. Inside you will find only around 1,100 seats looking down on a grand stage. It’s this type of intimate setting that helps the LPAC stand out. There are lots of theaters, large and small, in our area, but the newness of the venue means big acts can come in and not sacrifice the quality of the production.

And speaking of acts, we mentioned the iconic Broadway shows coming to the LPAC this year. But that’s just scratching the surface. The mission of the Lauderhill Performing Arts Center is to provide diverse, quality performing arts programming to the City of Lauderhill and its neighboring communities, and to serve as a hub for community involvement, engagement, and artistic expression.  The center also strives to be an influence for positive economic growth and development for its neighbors. And that means more than just over-the-top musicals.

The stage hosts numerous performances by South Florida legends. This season they’re taking on Buddy Holly, Ritchie Valens, and The Big Bopper in The Day the Music Didn’t Die. Gone But Not Forgotten will feature tributes to Aretha Franklin, Whitney Houston, and Donna Summer.

But if long gone musicians doesn’t do it for you, you can come down and laugh out loud. Last month they hosted the Sistrunk Comedy Festival. This month on December 28, 2019, Coming Through America will take the stage. What better way to fill the void between the Christmas food coma and parties of the new year?

In 2020, Russian comic Pavel Volya will take the stage. Also on the schedule is Dan Naturman, a breakout star from America’s Got Talent.

For the Martin Luther King Jr. holiday, the city of Lauderhill is putting on the 2020 MLK Old School Music Celebration. Regina Bell and Freddie Jackson will headline the show.

And bringing it back to Broadway shows, the Tony award winning show Once is on the stage in December 2019, and Kinky Boots strut into Lauderhill in January 2020.

Their 2019-2020 lineup has something for everyone who likes a night out at the theater. If you haven’t been, go to a show and check out the LPAC. It could become your new favorite place to watch a show.

To check out show dates and get tickets, go to www.LPACFL.com.

Just Desserts at The Cake