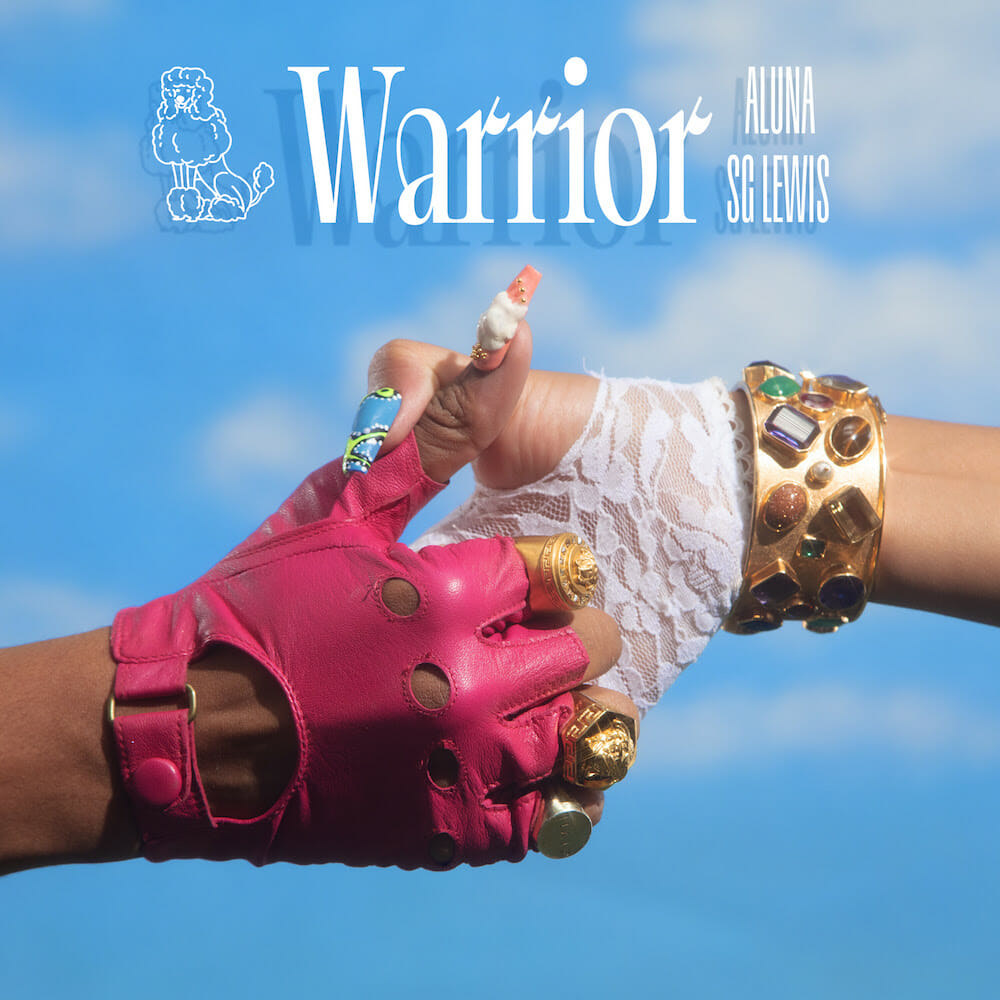 Aluna returns today with her second solo single ‘Warrior,’ produced in collaboration with British artist and multi-instrumentalist, SG Lewis. “Warrior is a portrait of a woman in the shadows.” Aluna reveals. “She has to see herself, instead of waiting for others, by calling on that Warrior spirit, the one that makes us fearless enough to be ourselves.”

‘Warrior’ — the second track from her forthcoming solo debut album — was intended for release last week, but out of respect to George Floyd and his family, Aluna decided to pause and put her own and her fan’s focus toward the greater issues at hand, also using the time to share her experiences as a black woman in music and specifically, as one of the few black voices in dance music currently; “I set myself the challenge to reclaim a space in dance music for black women, a space currently saturated by white cis males.” She shares. “Music is one of the ways I fight and my weapon is joy, making sure those who have felt like they are not invited to the party know that they ARE the party. We have to keep fighting, but also……keep dancing along the road to equality.”

One half and front-woman of the internationally renowned duo AlunaGeorge, the critically acclaimed singer, songwriter and performer has stepped out on her own having inked a global deal with Los Angeles based record label Mad Decent, with details of her debut album to be announced soon. On stepping out solo, the British born, Los Angeles based artist shares: “In the past when performing on the stages of my white male peers, I always felt like a visitor being one of the few Black women I could see, so it never fully occurred to me to claim dance music as my music, as an artist, even though it was at the heart of my connection to music.” She continues. “Then I looked at the history of dance music and saw how, for example, Chicago House, known as the invention of house music, was pioneered in the Black and Latino LGTBQ+ communities which gave me inspiration to stake my flag in the ground as a Black woman in dance music by taking control of production and songwriting with my own vibe.”

On signing to Mad Decent, record label founder and long-time friend Diplo revealed, “I’ve been a fan of Aluna for years – her voice, her style and her way of putting records together. Having her sign to Mad Decent feels like a family reunion – can’t wait to get these records out to everyone. Huge project for Mad Decent.”