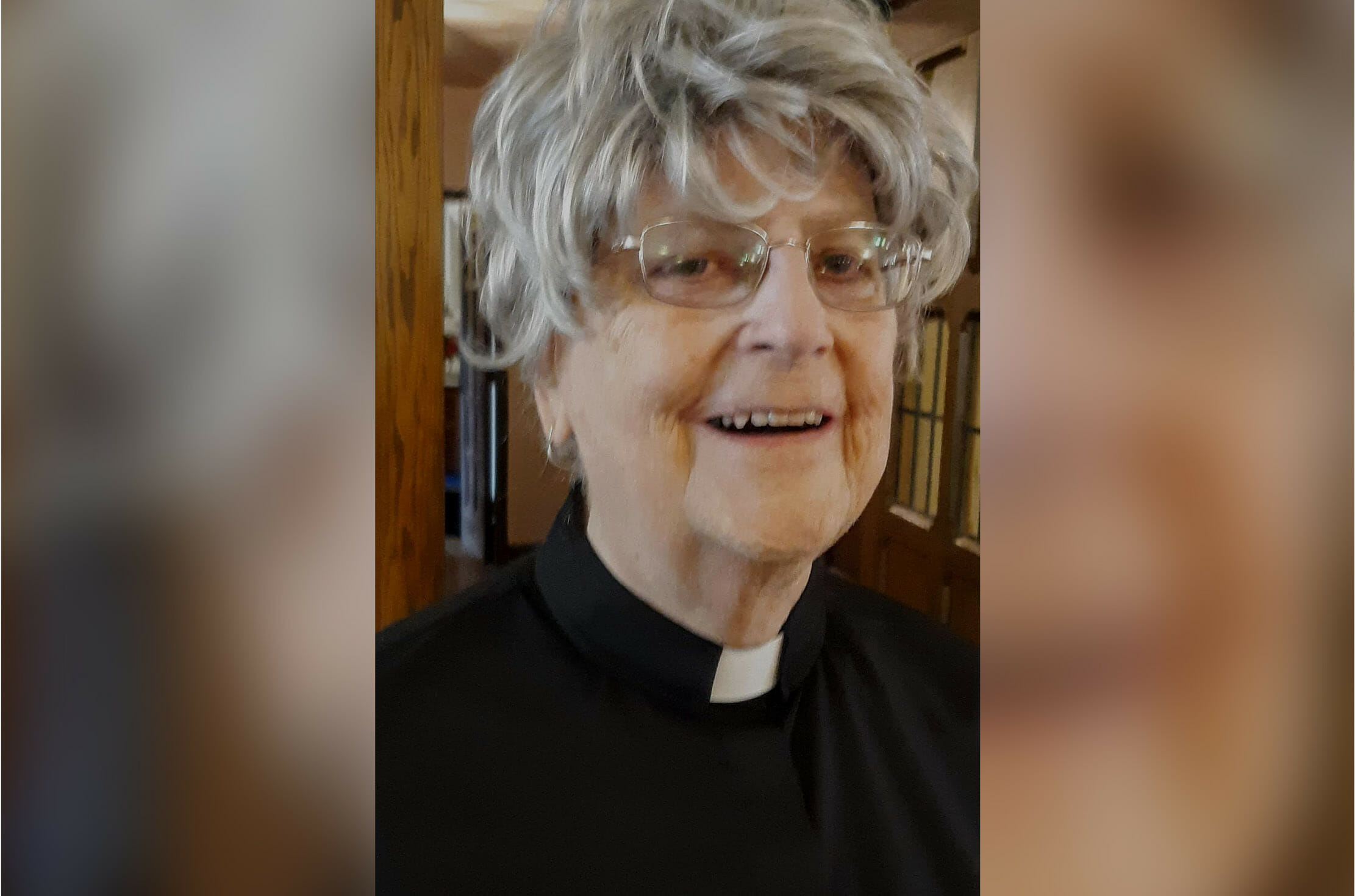 The Dalai Lama says spirituality is about “The qualities of the human spirit – such as love and compassion, patience, tolerance, forgiveness, contentment, a sense of responsibility, a sense of harmony, which bring happiness to both self and others.” The road to spirituality is long and arduous for anyone. For those called to ministry at Holy Angels National Catholic Church in Wilton Manors, the road has a few more curves and detours.

The church, independent of the Roman and Orthodox branches, ordains openly gay men, married people, and lesbians. This welcoming church is still breaking new ground. It’s most recent class of priests, ordained in late April 2019, included its first trans woman, Rev. Colleen Fay. Her road to this place has been long. “All of my life, in the back of your mind, this urging,” she told me. “God was calling me at eight years old.” Now in her 70s, Colleen is taking an emotional look at how she got here. She spent 63 years as a man, married with kids and, eventually, grandchildren. “It was always not yet. Not now. Not here. And I would say to God ‘Why not?’”

Before she could move on to a ministry of helping others, Colleen had to fully realize herself. She transitioned 12 years ago. Finally being comfortable in her own skin freed Rev. Fay to move on to pursue her dream of helping others, but it wouldn’t be that simple. “It’s prohibited and taboo to be trans.” She still felt the sting of ignorance-driven rejection, sometimes even in the gay community.

The low point came the first time she was preparing for ordination. After lots of work, she could see the light at the end of the tunnel, but the light was a train coming to run over her dreams. They told her they wouldn’t complete her training. It was crushing.

Just because they wouldn’t didn’t mean she couldn’t, and that’s where Holy Angels came into her life. “We’re not as much about dogma here as we are faith experiences,” Monsignor Jamie Forsythe told me. “We look for people who don’t judge others, and are more willing about talking about God’s love than about condemnation.”

That was the perfect fit for Colleen. She lives in Washington, D.C., but decided to pursue her calling in the accepting community she searched for her whole life. Fr. Forsythe told us the start for her was learning to accept that she was accepted and loved. “The nice thing about this church is that they can come as their true selves and minister to people who are needing that. For her to be able to come out with her experiences, and minister to people from her path, is powerful. As she went through the process she got much more comfortable with us, we got much more comfortable with her. She allowed herself to relax and we could see who she really was.”

After about two years of training and a lifetime of prayer, Colleen Fay became Rev. Fay. A week after her ordination here, she said her first mass at a church near her home in D.C. Her twin, children, and grandchildren came, and the support was almost overwhelming. “I had to look at my sister to not burst into tears,” she said while crying and laughing at the same time. “God was saying ‘I’m gonna make a priest of you yet.’” I asked what type of priest she hopes to be and the answer rolled off her tongue, “To help people anyway [I can]. You are not alone. And that to me is the most important thing.”