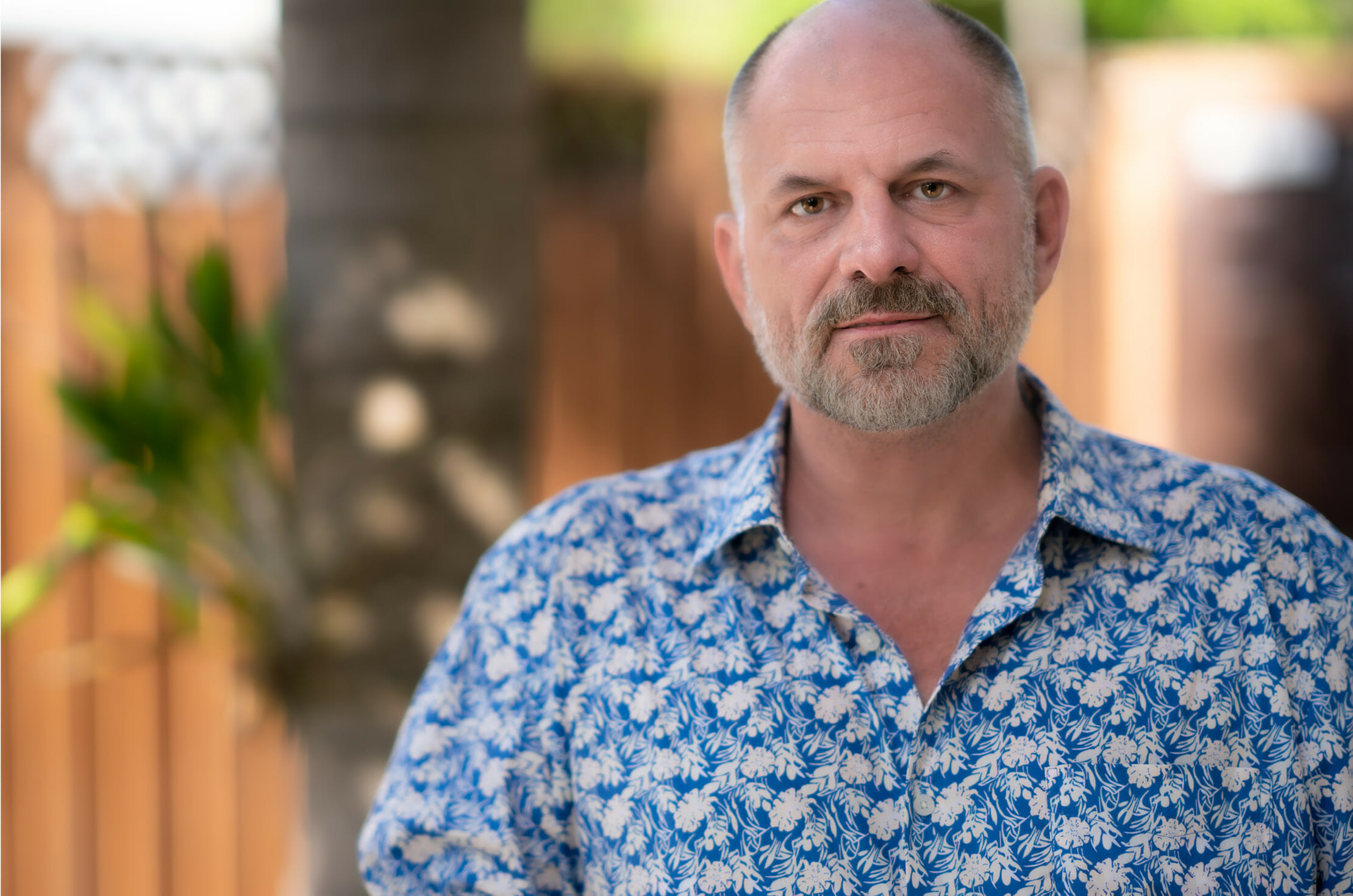 Mark Kent is the Executive Director of the Gay Men’s Chorus of South Florida. In ten short years, the organization has taken its place in our community and stands shoulder to shoulder on the national stage with other gay choruses across the country. Mark brings his lifelong drive to bring people together to create a creative force and a community of voices. I had the wonderful opportunity to photograph Mark at The Grand Resort and Spa and get to know him and the chorus a little bit more.

Andy Armano: Have you always been interested in theater and the arts?

Mark Kent: I’m one of eight boys. We grew up with a single mom. No alimony. No child support. And so we were very poor. But she was committed and very determined to keep us together and to make a go of it. She got us involved in community theater as a productive, positive outlet that we could do as a family and it didn’t cost anything. It’s something that I really locked into strongly when I was young.

For me, there’s something that is so self-emerging about the arts. I always say science and technology teach mankind what we can do, but the arts teach us who we are. It’s the one thing that we can do for communities and for individuals to help them develop their sense of humanity, their feelings, their emotions, and their sense of expression. And I think that’s just a vital part of everyone’s life experience.

AA: What do you see as the chorus’s role in society?

MK: Our goal right now is to bring together as many people as possible in our community, particularly people who don’t identify as LGBTQ, you know?

We just did our Stonewall piece. And it was so amazing. The celebration of that milestone came to life through sound and music and visuals. And when you have a hundred and thirty men standing on a stage singing from their heart, “This is who we are and this is what we’re about,” it’s a powerful and moving experience. And I love watching the audience. I love watching them come to tears and have them laugh along with us because then really we’re not just audience and performers but we’re a community. When they can sit and share an emotional experience with us, then they’re not so far removed from who we are anymore. So that’s what we do.

AA: How do you raise awareness for the greater community?

And so whether we’re caroling in the middle of the mall, or whether we’re doing a performance at the yacht club or something, we try and make sure that we’re out in places where people will see us and we pique their interest.

AA: Besides the performances, what do you most appreciate about the group?

MK: I have worked in the non-profit sector for a long time, but I have never seen this amount of love and support and affection and community that the members have for each other. It is like a real brotherhood. We even have a heterosexual guy who sings with us, and he’s one of the number one people to volunteer for things because there is such a tight bond among the guys. It inspires me on a daily basis to see them.

At times I find myself almost, believe it or not, speechless when I see how if someone’s sick or in the hospital, the members make sure his needs are met: walk the dog, pick up people from the airport, things like that. They just take care of each other. And in many ways they even take care of me.

AA: Have there been any unexpected challenges to overcome?

MK: One of the things that was an interesting challenge has to do with something that happened a decade ago. Our organization began as an offshoot that broke away from the Fort Lauderdale chorus ten years ago. Obviously, I wasn’t here but that’s what happened, and I understand it was a little contentious.  Over time, I wouldn’t say there was anger between the two groups but there was just this gap, a void. There was no relationship. There was no communication even though new people were in the groups.

We wanted to bring people who have so much in common back in connection with each other. Particularly over the past four years, our artistic director has worked really, really hard to bridge the gap. And I’ve done some things, but he’s really done a lot of work. This past June  our group finally performed with the Fort Lauderdale chorus and the Miami chorus. Because that’s what this is all about: bringing everyone together as one community. It was a great concert, and it was a great healing moment. But it was a challenge.

AA: What’s the future look like for you and the chorus?

MK: It’s our ten year anniversary. One of the things we’re most proud of is that operationally in this short period of time we’ve become the 8th largest LGBT chorus in the country. We are just behind Boston and DC and New York and Los Angeles and a few others. And they’ve been around for decades, 20 years, 30 years!

We’re like the new kids, despite all the gray hair on me. We’re young and new in terms of the overall gay choral movement. But we’re ambitious, you know. We’re really looking forward to continuing to grow and making a regional and national and international impact. It’s exciting.

Photo shot on location at