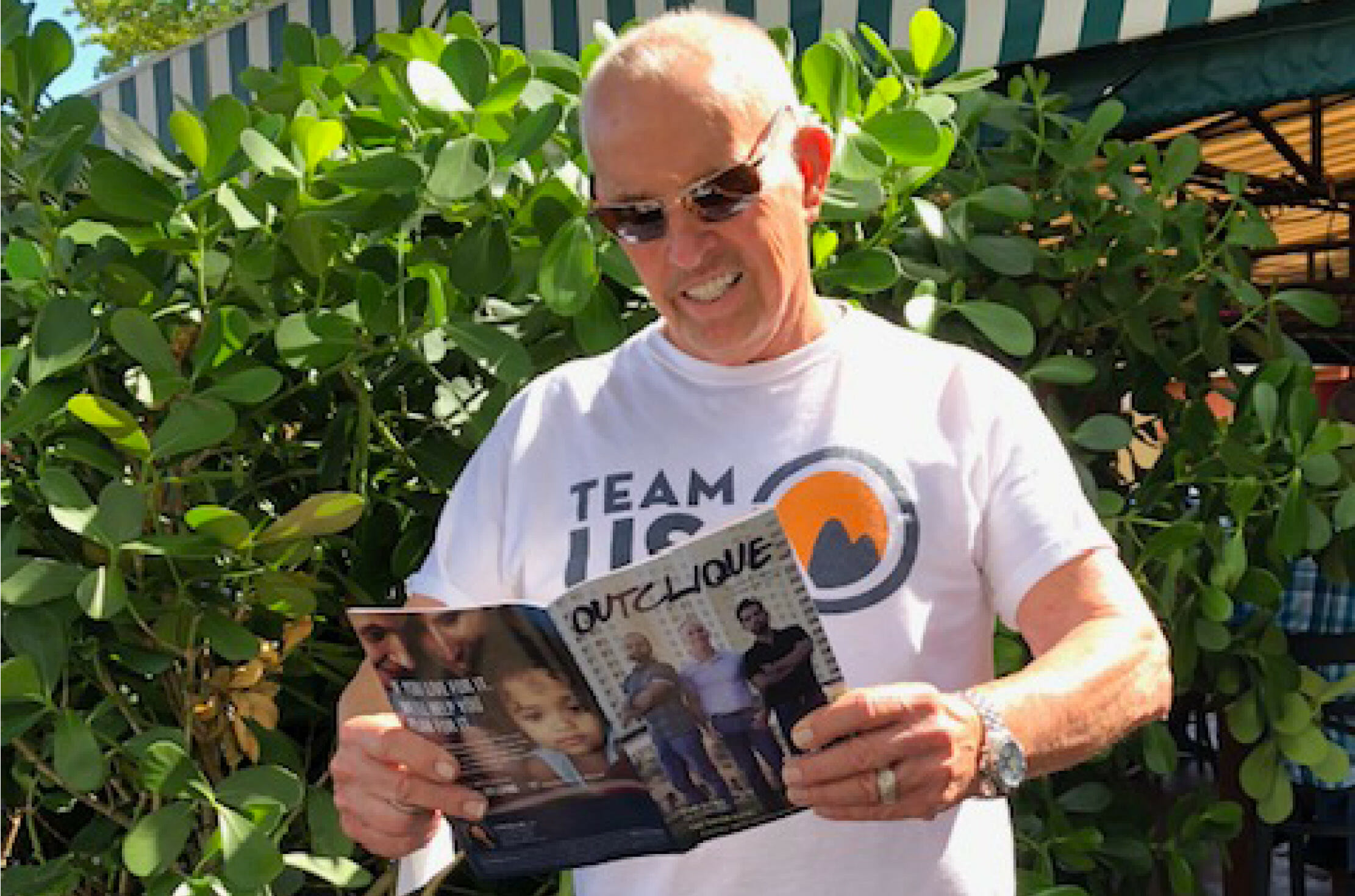 Several of the area’s hottest bartenders auctioned off their underwear on July 22, 2019. Don’t worry, it was all done for a good cause! It was the annual Bartenders, Boxers, and Briefs event at Georgie’s Alibi Monkey Bar benefiting Tuesday’s Angels, a Broward County based nonprofit organization. For the past several years, Tuesday’s Angels has, with the support of its generous donors, raised and distributed over $3 million in assistance to financially needy people living with HIV/AIDS. Through monthly dinners during the winter season, fundraisers, and events put on by local community organizations, Tuesday’s Angels has been an asset to millions of people. I spoke more with Tuesday’s Angels member Chuck Nicholls about the event and just how important Tuesday’s Angels is.

Denny Patterson: Can you start off by telling me more about Bartenders, Boxers, and Briefs?
Chuck Nicholls: Bartenders, Boxers, and Briefs, or BBB, was started by Tuesday’s Angels about 12 years ago, and it’s an annual event organized by Don Clark. It’s been the charity of choice for all these years, and to date, we have raised about $120,000. This recent BBB, we raised over $6,000. I think it’s a wonderful event because it’s one of the events in Fort Lauderdale where so many bars participate. Usually they do their own thing. I think Don Clark does a great job in trying to get as many bar owners to participate.

DP: Fabulous! Can you tell me more about Tuesday’s Angels?
CN: Tuesday’s Angels was basically founded in 1993 when we got the 501© (3) nonprofit status. We started in 1988 when a few gentlemen from Washington D.C. got together and decided to help the several men out there who were having financial problems dealing with their HIV/AIDS. They started having dinner in various places, and I came along in 1996. I was here in South Florida for about two months and I was on the board for Tuesday’s Angels, and I became the president in 1999. It’s a wonderful organization where we can provide financial assistance to individuals with HIV/AIDS. We primarily worked with case managers, and we have raised close to $3 million over the course of time. That may not seem like a significant amount, but that is very much significant. No money came from the government. Every dollar came from individuals who have participated in various events for Tuesday’s Angels. Moving forward to this past year, Tuesday’s Angels, Inc. no longer exists. We have now incorporated a designated donor fund. Five board members moved to Our Fund and we participate in the selection of grants that apply that we believe are purposed for the mission of Tuesday’s Angels.

DP: It sounds like Tuesday’s Angels is an organization that you will forever hold close and dear to your heart.
CN: I have been very happy being involved with Tuesday’s Angels. I enjoy working with individuals and we have a great board that I admire, and we are now working with the designated fund. I cannot say enough good things about it. It has worked out well.

DP: Why did you want to initially be involved with Tuesday’s Angels?
CN: I had retired from Washington D.C. and moved to South Florida. I had a great job working with consumer products and safety commission. I wanted to be involved and helping people. I have worked with friends helping deliver food to men and women living with HIV/AIDS. Helping people is kind of a natural thing for me. My job in Washington was to protect the consumer, so my desire to help people sort of followed me down here to South Florida. That’s how I got involved.

DP: You mentioned that you were a board member and the president of Tuesday’s Angels. Do you currently hold a specific title?
CN: Right now, with the five of us moving over to Our Fund, we have no official officers. We are all just members, although I am kind of the key person when we discuss things, so I am kind of like the coordinator of the fun, but I have no official title at this point.

DP: Going back to BBB, what do attendees generally expect?
CN: They expect to see hot bodies! The people that participate are the patrons of these bars. They want to go and promote the event to show their allegiance. These bars will showcase their eye candy, and they will come out on stage and people will vote for their favorite eye candy wearing shorts or bathing suits, something like jockey shorts and that sort of thing. There are a couple of drag queens coordinating everything and promoting Tuesday’s Angels at the same time. They have a little narrative about each bartender. The winning person pays money for their favorite bartender to take off [and keep] their underwear. I think people go there primarily to admire and support their favorite bartender, but they are also there to support Tuesday’s Angels as well.

DP: How beneficial would you say Tuesday’s Angels has been to the South Florida community?
CN: I think we have helped tens of thousands of people financially. We help pay for medical bills, and lately we have been buying bus passes for individuals who do not have transportation to help get them to doctor appointments and so forth. During the early days of Tuesday’s Angels, we helped pay for some cremation expenses. So, there has been a variety of things throughout the years.

DP: Any plans for next year’s BBB?
CN: No, we haven’t talked about next year yet. We are just getting through this year, and we are open to other fundraisers as well. We are open to hear from anyone who is willing to help with it.

DP: How would you say BBB has evolved and grown since the beginning?
CN: It varies from year to year because of the economy and so forth. At this recent event, we raised $6,000, but on average, we have raised $8,000-11,000. So, it depends on the economy for one, and number two, it depends on how many bartenders are willing to participate.

DP: What will you do to ensure BBB stays a success?
CN: My personal effort, I plan to stay in touch with Don Clark, the originator, and Bryon Richardson. They are the backbones of this event. I will stay in touch with them and be a reminder of the good work we do through Tuesday’s Angels.