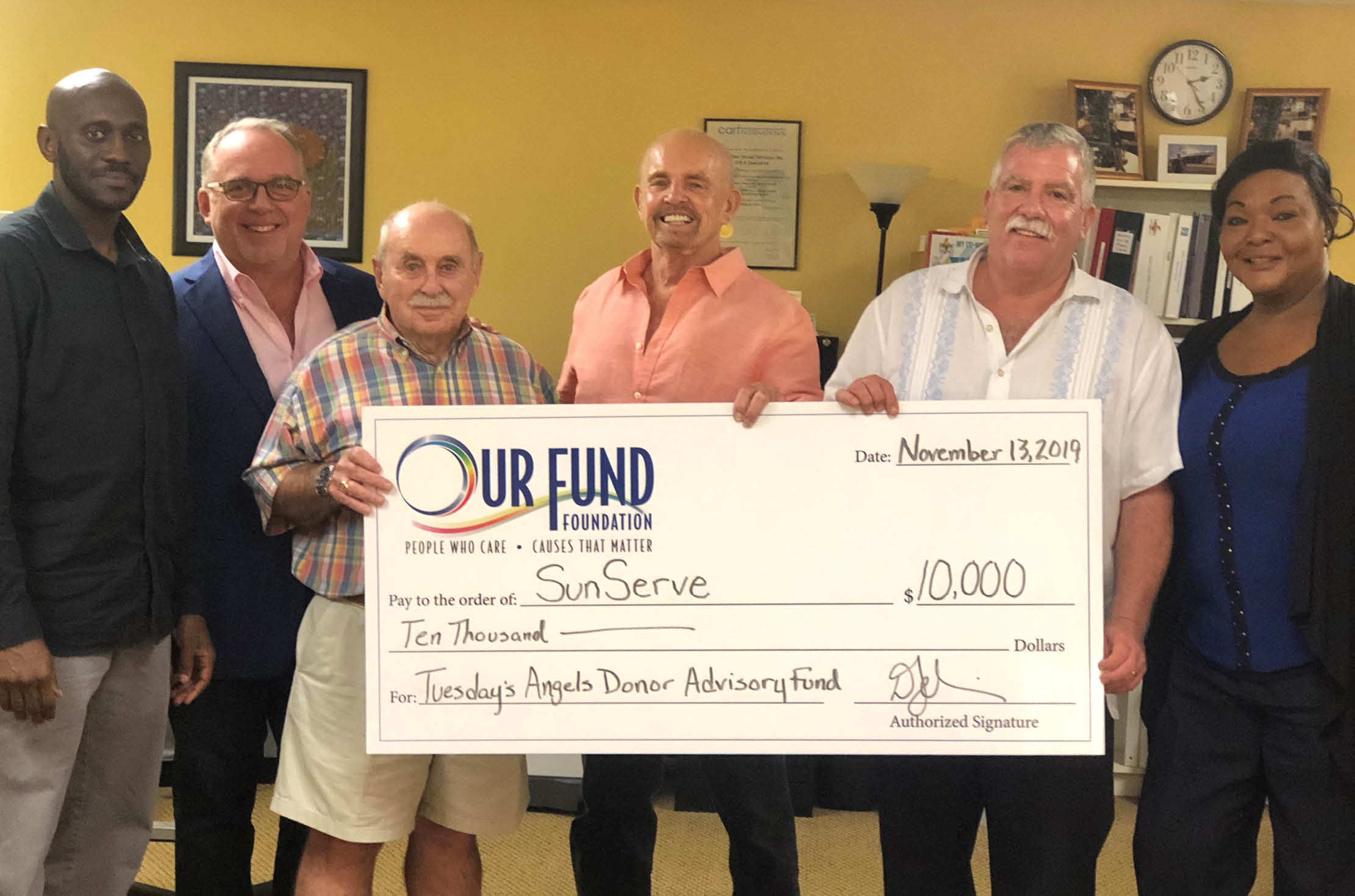 Tuesday’s Angels, a donor advisory fund for Our Fund Foundation and a non-profit which provides assistance and financial support to Broward County residents and living with HIV/AIDS, announced it will donate a total of $25,000 to support three worthy local charity programs:

“We are proud of the work Tuesday’s Angels, Inc. has accomplished over the past 25 years. Members of our advisory group are particularly pleased to now be working with the Our Fund Foundation in distributing grants to worthwhile organizations in the South Florida area,” said Chuck Nicholls, coordinator and liaison for the Tuesday’s Angels Donor Advisory Fund.

In addition to these grants, Tuesday’s Angels also pledged financial support for Our Fund Foundation’s new HIV/AIDS Fund which was recently created to combat the spread of new transmissions in South Florida. While rates of new HIV cases have plummeted nationally over the past 20 years due to education, information, and the success of lifesaving antiretroviral medication, Miami-Dade and Broward Counties are not in alignment with this trend. In fact, Miami-Dade and Broward Counties have been the top two counties in the nation for new infections since 2014. Research indicates that MSM (men who have sex with men) represents more than two-thirds of the newly reported HIV infection and AIDS cases in the two-county region.

For the past 25 years, Tuesday’s Angels has raised and distributed more than $2 million in emergency assistance for thousands of men, women, and children in financial need who are living with HIV/AIDS in Broward County.