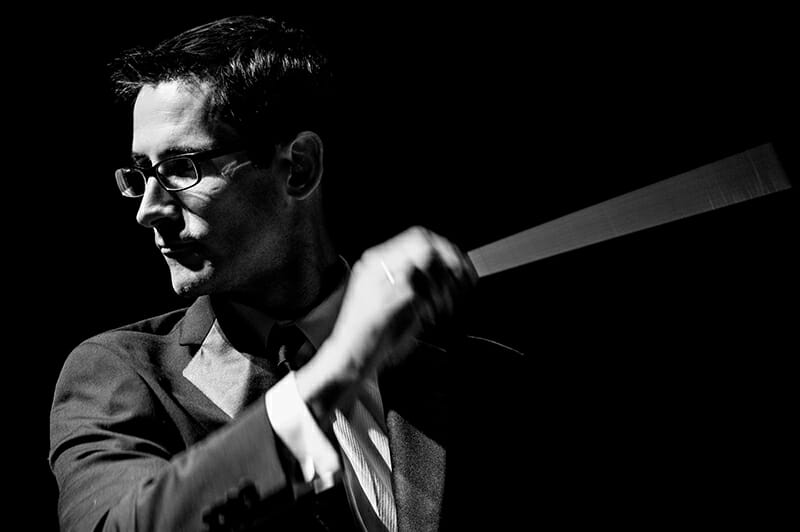 For the past 33 years, the South Florida Pride Wind Ensemble has been providing top-notch performances to the LGBTQ and straight-friendly communities. With over 60 talented and passionate musicians, the ensemble is kicking off its 2018-2019 season with Angels and Demons, a concert where audiences will experience a whirlwind of emotions as they listen to music that represents these two aspects of humanity. From Verdi’s “Manzoni Requiem” to “The Imperial March” from Star Wars, it’s the age-old battle of good versus evil. The concert is on Sunday, November 11 at 7:00PM at the Broward Center for the Performing Arts’ Amaturo Theatre. I had the pleasure of chatting more about the upcoming concert with the ensemble’s artistic director, Dan Bassett.

First off, can you please give me a bit of history about the Pride Wind Ensemble? Who was the founder, and how did it all begin?

In 1986, Mort Jonas and Bruce Freeman decided to form a musical group for the gay and lesbian community in South Florida. Jonas had recently returned from a vacation in San Francisco where he had connected with an organization called the Lesbian and Gay Band Association (LGBA) that was performing at the Gay Games. Freeman had just moved to Fort Lauderdale from Washington D.C. where he had been a founding member of the DC’s Different Drummers, one of the more established gay bands in the country. The ensemble began with just eight members who rehearsed in a member’s living room. It has since grown to over 60 regular members.

How has the Pride Wind Ensemble personally impacted your life?

When I first joined the ensemble I had just moved to South Florida, so this group gave me an opportunity to meet people and make friends that I’ve had for many years. Since becoming artistic director, it has been a joy to help the ensemble grow both in numbers and musically. Since I am no longer in music education for children, as I have moved into school administration, the ensemble gives me a way to express myself musically that I do not get elsewhere.

What can audiences expect at the upcoming Angels and Demons concert?

The audience can expect to be thoroughly entertained. In addition to a high-quality music performance, they will also be entertained by a guest vocalist, dancers, several specially created videos, and some other fun surprises.

What do you hope audiences will take away from this performance?

I hope that the audience leaves the performance wanting to hear more from the ensemble and a sense that amongst all the political turmoil in today’s society, humanity’s good will prevail in the end.

What do you hope ensemble members take away from this performance?

I hope the ensemble members have a great time entertaining our audience and feel that they have been stretched musically through playing some challenging music.

What do you look for in a good audience?

Our audiences are always amazing. All I hope for is that they enjoyed the performance and come to our future performances.

How beneficial has the Pride Wind Ensemble been to the South Florida community?

Since its inception, the Pride Wind Ensemble has been performing in Pride events and parades, performing concerts, and supporting other local organizations. Additionally, seven years ago, we began the South Florida Youth Pride Band which allows high school students to perform with an amazing guest conductor in a safe space free of judgment and bullying. In that time, we have given away $86,000 in college scholarships to participating members.

The Pride Wind Ensemble is already a great success, but what do you hope to do to make it continuously better?

My plan is to continuously push the musicians of the ensemble musically to perform difficult and expressive pieces of music. As always, we are seeking new members to grow the ensemble and to reach a larger audience.

What’s next for the Pride Wind Ensemble? What are some upcoming concerts we should be on the lookout for?

On December 9, several small ensembles from the larger group will perform at Art Serve at 3:00PM, on February 24, our Youth Pride Band will perform at 7:00PM at the Broward Center and on June 8, the Wind Ensemble will team up with the Gay Men’s Chorus of South Florida for a Broadway concert.

How can one become a member of the Pride Wind Ensemble?

Any musician that plays a band instrument is welcome to join the ensemble. We rehearse on Wednesday evenings at 7:00PM at St. Mark’s Episcopal School in Fort Lauderdale.

What advice would you give to someone who wishes to join a musical group like the Pride Wind Ensemble?

I would highly recommend that anyone interested in joining a musical group in South Florida should do it. Not only will they find themselves musically challenged and fulfilled but will also very likely meet lifelong friends.

Tickets are available at BrowardCenter.org or by calling the Box Office at (800) 745-3000. For more information about the Pride Wind Ensemble and upcoming performances, visit PrideWindEnsemble.org.