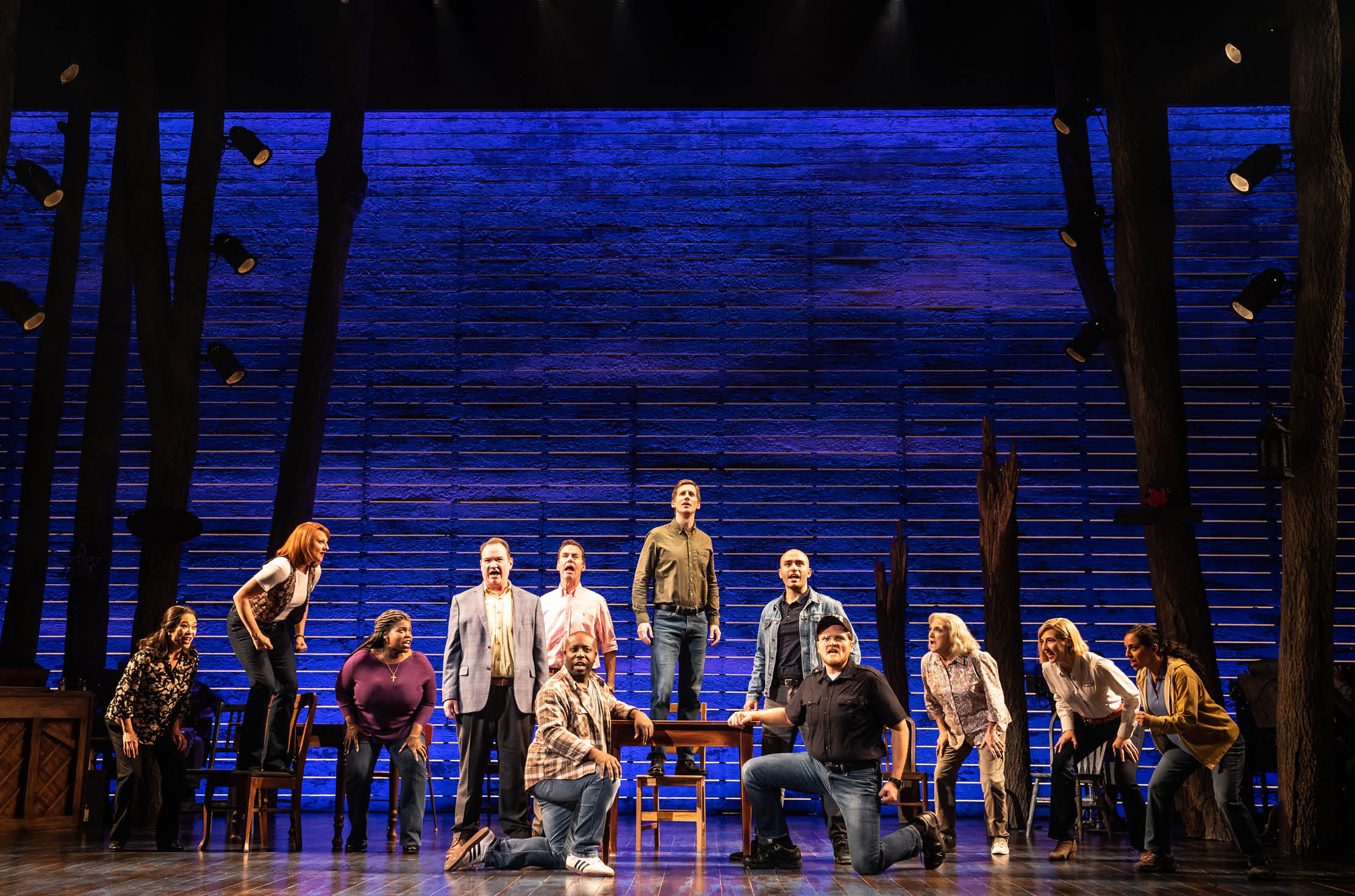 The Producers and Broward Center for the Performing Arts are thrilled to announce the national tour of COME FROM AWAY, a Broadway musical about the true story of the small town that welcomed the world, will make its Fort Lauderdale debut at the Broward Center for the Performing Arts for a limited engagement April 7, 2020 – April, 19, 2020. Tickets to COME FROM AWAY will go on sale on Friday, January 31, 2020 at 10:00AM.

COME FROM AWAY tells the remarkable true story of 7,000 stranded passengers and the small town in Newfoundland that welcomed them. Cultures clashed and nerves ran high, but uneasiness turned into trust, music soared into the night, and gratitude grew into enduring friendships.

COME FROM AWAY began performances on Broadway on February 18, 2017 and officially opened to critical acclaim on March 12, 2017 at Broadway’s Gerald Schoenfeld Theatre (236 West 45th Street), and continues to play to standing-room- only audiences.

The Tony Award winning musical launched a second company in Canada with a sold out four-week engagement in Winnipeg and is currently playing to standing-room-only audiences in Toronto at the Royal Alexandra Theatre.

COME FROM AWAY was originally co-produced in 2015 by La Jolla Playhouse and Seattle Repertory Theater. COME FROM AWAY (NAMT Festival 2013) was originally developed at the Canadian Music Theatre Project, Michael Rubinoff Producer, Sheridan College in Oakville, Ontario, Canada and was further developed at Goodspeed Musicals’ Festival of New Artists, in East Haddam, CT. The Canada Council for the Arts, The Ontario Arts Council, Steve and Paula Reynolds and The 5th Avenue Theatre, Seattle WA also provided development support.

The Broadway in Fort Lauderdale 2019 / 2020 subscription season is made possible with the generous support of Bank of America and is presented by Florida Theatrical Association in partnership with Broadway Across America and the Broward Center for the Performing Arts.

Florida Theatrical Association – the non-profit presenter of Broadway in Orlando, Fort Lauderdale and Miami – was founded with the charge of educating and developing new theater audiences and encouraging and preserving the presentation of touring Broadway theater. Since 1989 Florida Theatrical Association has presented over 1,075 Broadway performances and distributed over $1.7 million in scholarships and grants to arts organizations across the state of Florida.