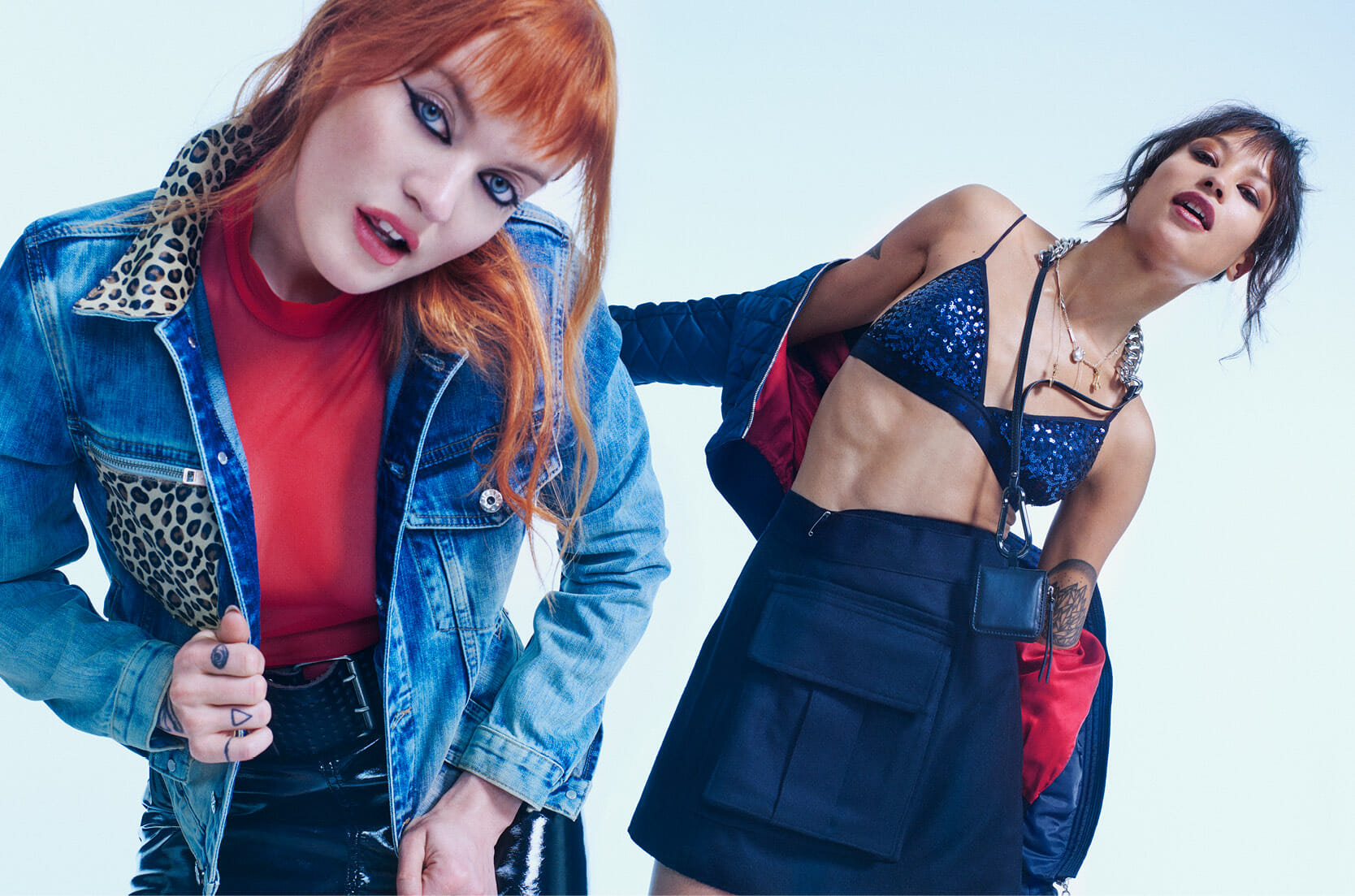 An interview with Caroline Hjelt and Aino Jawo of Icona Pop

Icona Pop’s 2012 breakout smash hit single “I Love It” had everything. An easy to remember chorus that made it feel like an anthem. A youthful, in your face, 21st century attitude. A beat that didn’t quit. No wonder it was so inescapable, and continues to be in regular rotation to this day. Aino Jawo and Caroline Hjelt of Icona Pop credit the gay community with helping the song become a success. Therefore, it’s not surprising that the pair is headlining Miami Pride on April 7, 2019 (https://miamibeachpride.com). I had a great conversation with Caroline and Aino before their Miami Pride performance.

Gregg Shapiro: Caroline and Aino, if you don’t mind, I’d like to begin with the basics, such as how you came up with the name for the duo.

Aino Jawo: Actually, we were nameless for quite a while. We couldn’t find anything that described what we are as a band. We were nameless for at least a year. We started searching. Caroline’s mom was at an Italian dinner and they were talking about Caroline’s band. Someone said, “So they’re going to be the next pop icons”? But they said it in Italian. It sounded very good and she texted us. We said, “Oh my God, Icona Pop, that’s us [laughs]!” So, it was Caroline’s mom.

GS: Ever since the days of ABBA, Sweden has been a source of enduring pop music. Why do you think that is?

CH: We’ve been getting that question since we started. I wish we had the answer [laughs]. We could write a book! Sweden is a country that has always been sensitive to trends. All the music schools are free. If you have a passion, there is a really great opportunity to go to school for that. It’s also a very small country. If you work hard and if you are good, you will meet other people that you can do great stuff with.

AJ: And also the weather.

CH: The weather! When it’s dark for like eight months a year, you are inside writing dark and twisted music.

GS: You are now based in the States, dividing your time between Los Angeles and New York City. What do you like best about living in the States?

Aino: First of all, we have a lot of fans here. We’ve been back and forth (between Sweden and the States) for almost 10 years now. It feels like home to us. The United States is a very big country [laughs] and L.A. is where we are the most right now. We love the weather, we love the people, we love the work mentality. You get things done here.

AJ: And the food!

GS: What do you miss most about living in Sweden?

CH: Of course, we miss our friends and family. We try to force them to come over and hang out with us as much as they can. Because of the great weather, it’s not hard. We miss Swedish coffee and Swedish tea and some of our sandwiches. Also, walking everywhere! In Sweden we walk everywhere. Here people look at you funny when you walk on the highway [laughs].

GS: Can you please describe your individual roles when it comes to Icona Pop’s songwriting process?

AJ: I think the cool thing with me and Caroline is that we don’t have any rules when we go into the studio. Sometimes Caroline has an idea or I have an idea. Sometimes we produce stuff and then go into the studio and remake it. It’s always different. It also depends on who you’re working with and how you’re feeling that day.

GS: The Icona Pop song “I Love It” is undoubtedly one of the great anthems of the 2010s. What can you tell me about the inspiration for that song?

CH: I think that people connected with that song so well because you can put the words “I don’t care, I love it” into so many different situations. When you’re fed up with something and you’re done and you get to the point where you say, “I don’t care”, there’s a freedom and happiness in that. It’s like feeling strong and powerful after coming out of something bad. It’s amazing when we perform that song live. You can see everyone in the audience singing it to us and telling us what their story is. They sing it with such passion. It’s really cool!

GS: “I Love It” is an exhilarating dance track. As almost everyone knows, the gays love to dance!

AJ: We love the gays!

GS: Did you become aware of your gay following at the time it was released or was that something you knew of before “I Love It” became a hit?

AJ: I think we had a gay following from day one. They’re always the taste-makers. They’re so supportive. We’re very close to the gay crowd. It’s natural for us. We’ve been around the gay crowd for as long as I can remember.

CH: What I think is cool is that they dare to believe in something before everyone else does. It’s easy to jump on something that’s huge. But before anyone else, they believe in a song like “I Love It”. It was a huge hit. But in the beginning, it was too weird and quirky to be on radio. We played Pride festivals and the gay crowd was so supportive. They started spreading (word about) it on blogs and listening to it and sending us videos. I think it wouldn’t have become such a big hit without them.

GS: Icona Pop is headlining Miami Pride in April 2019. What does such an honor mean to Icona Pop?

AJ: I can’t even express in words how happy we are. First of all, we love Miami and we love Pride. The combination is a dream come true. We are all about equality and spreading. We’re so happy and thankful to be able to do it. It’s gonna being a helluva show!

GS: Word has it that Icona Pop is back in the studio working on new music. What can your fans expect from the new project and when do you think it might be completed?

CH: We’ve been in the studio for a while now. That makes Miami Pride even more exciting because it’s going to be the first show of the summer. We’re going to get out and play. It’s going to be like, “This is what we do!” It’s going to be amazing. We’ve been writing for a long time and I think our fans can expect personal (songs) and some dance bangers, because that’s what’s needed out there in the world right now. We’re so proud of this little baby that we’ve been creating. Hopefully, everyone will love it, because we do.