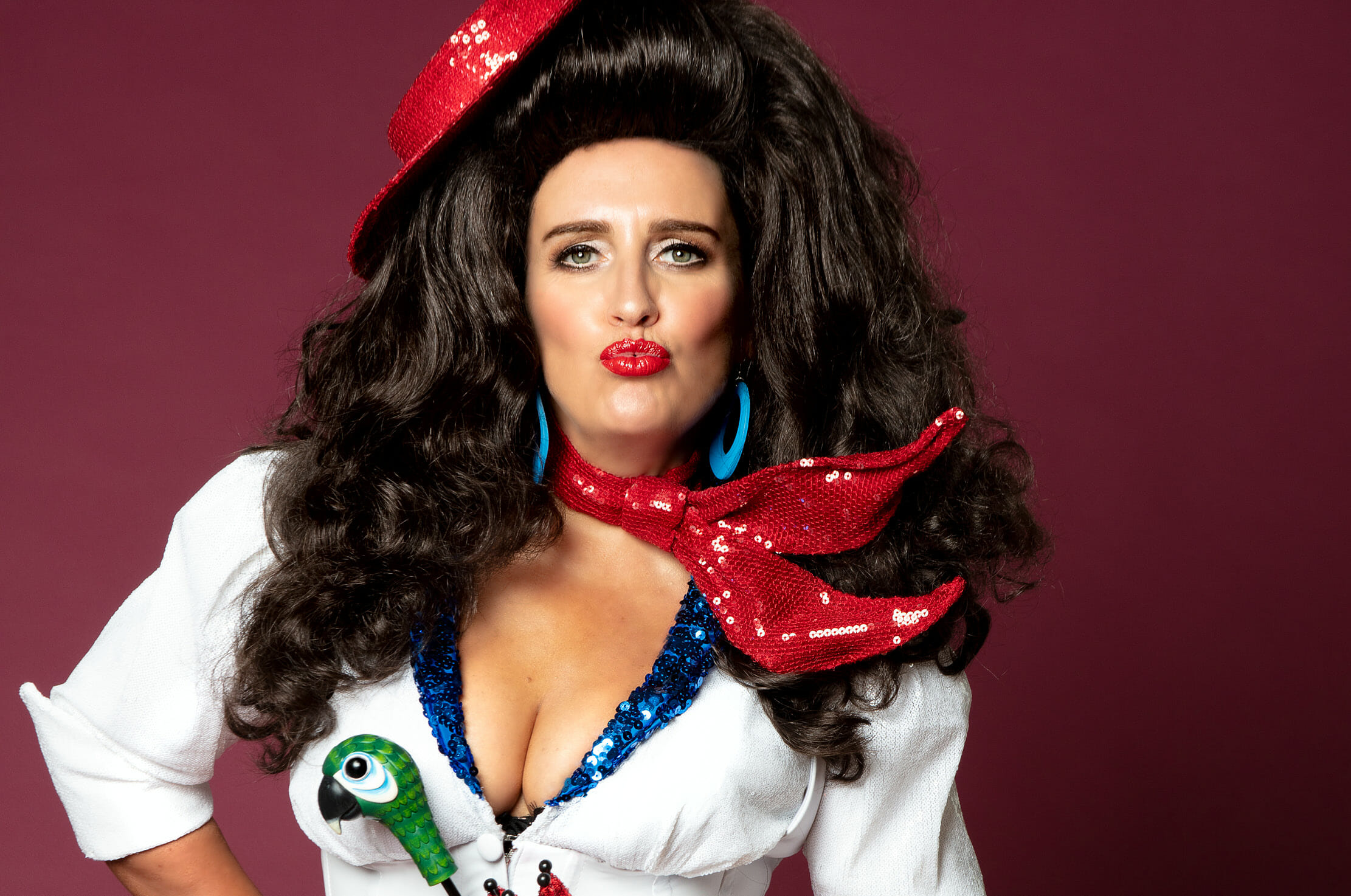 Pam Ann is inviting everyone on a jolly holiday in “Pam Ann Returns,” her brand-new show starring the perfectly- inappropriate-in-every-way air-hostess, Pam Ann. From feeding the birds in coach to flying kites in first class, Pam Ann’s barbed wit has seen her hilariously negotiate even the most politically incorrect flight path. Her take on the world of airlines and aircrew may require a spoonful of sugar, a Xanax, and some Mary Poppers, but Pam Ann is sure to delight in the most hysterical way!

“I’m thrilled to be flying back to North America,” says Pam Ann. “So much has gone down since my last time there. I’ve been super busy painting the MAX off my Boeing 737’s. Notre Dame is now known as Notre Vuitton and as of this week, I’m the official nanny to Megs and Harry’s bundle of joy. I hate kids but this little bugger is a First Class Royal so I will make an exception.”

Pam Ann is famously known for her musical numbers, sparkling Garo Sparro costumes, and her fresh observational comedy served up as only she can. Pam Ann Returns is a brand-new show full of magical surprises and hysterical movie spoofs including “Mary Poppers,” a film that transports Pam Ann into the original Mary Poppins movie. It’s SUPERcalifragilisticallyAMAZING!

Pam Ann launched 23 years ago and, in that time, has toured the world twelve times, starred in her own TV chat show, worked with many of the world’s largest airlines, performed with superstars including Cher and Elton John and is now the official Ambassador of Air Italy. She writes and produces her own shows that continue to sell out globally. She is also an outspoken supporter of the LGBTQ community.

Get your tickets at www.VossEvents.com 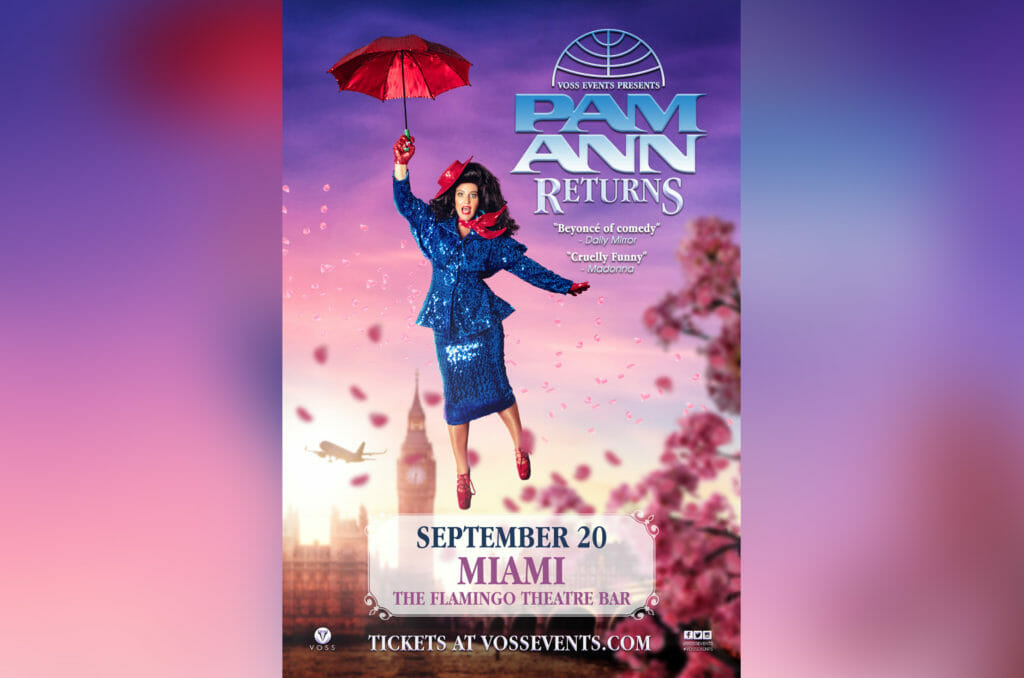