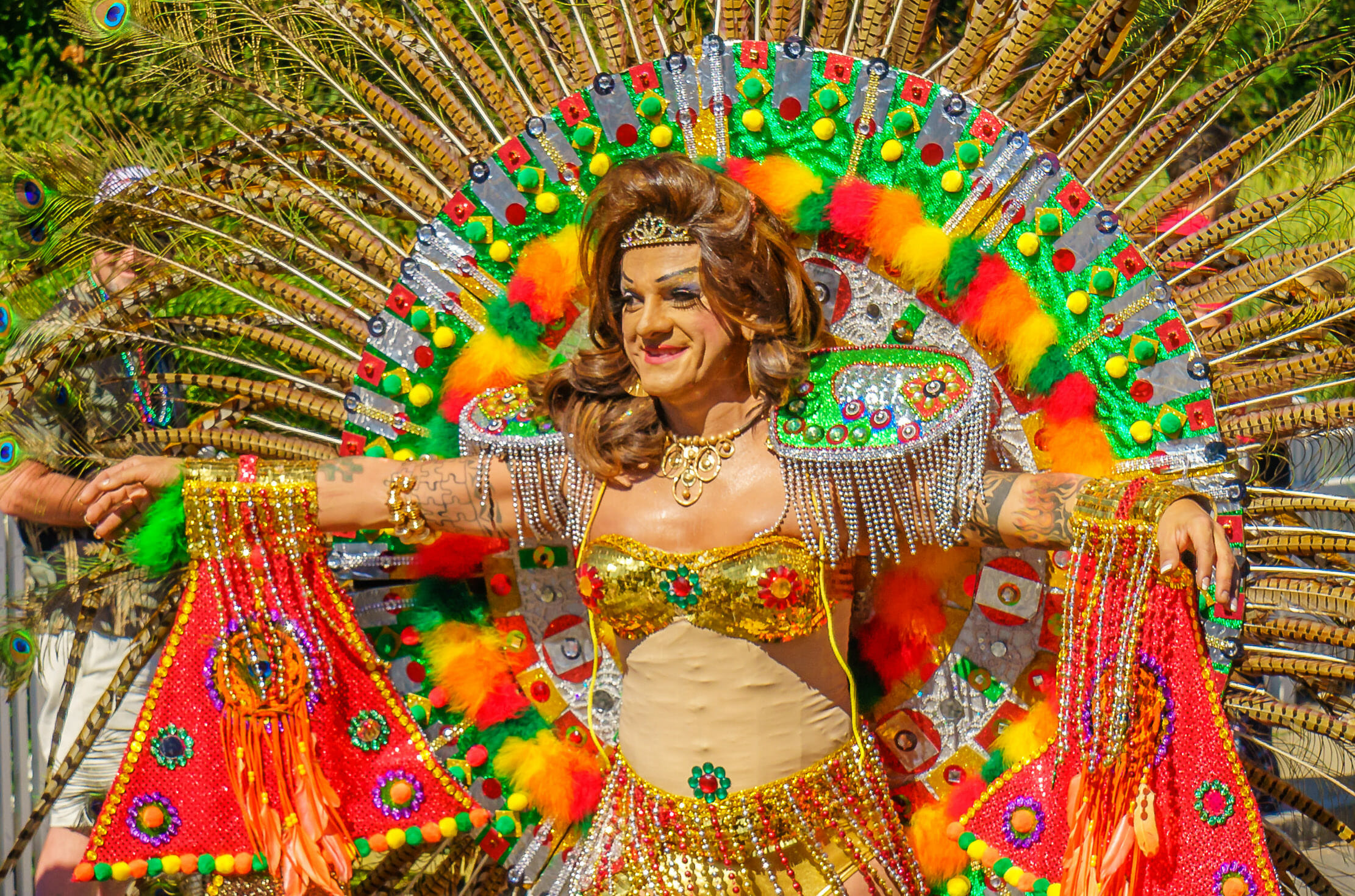 A Surprise Trip To Carnival in Provincetown

While on vacation in Cape Cod in August 2018, I stayed with my cousins Mersh and Jack, and their dog Lou, and had the opportunity to visit Provincetown. It was, of course, a must-see part of my vacation.

As it turned out, and initially not known by my cousins, it was Carnival Week and Thursday was the parade. This was also the 40th anniversary of Ptown Carnival Week.

We decided that going would be fun and well worth dealing with the crowds. A visit to one of America’s gay meccas during its busiest week of the year was to be my summer adventure.

So here’s a little background and history for you on Ptown Carnival Week and how it came to be. Founded by a group of LGBTQ innkeepers in 1978 who wanted to activate and enlighten the Provincetown community, Carnival Week celebrates its creative legacy and history as a welcoming community. It’s now one of the largest LGBTQ celebrations in the country.

The theme in 2018 was “Mardi Gras By the Sea.” Events included numerous dance, boat, and costume parties. Parties had fun themes such as the ”Night of Bacchus” opening night party, the “Ragin Cajun” pool party, and Fat Tuesday’s “Boxers and Beads Dance Party.” Unfortunately, I missed the “Poseidon Underwater Dance Party” held at Club Purgatory. I’m sure that was amazing. 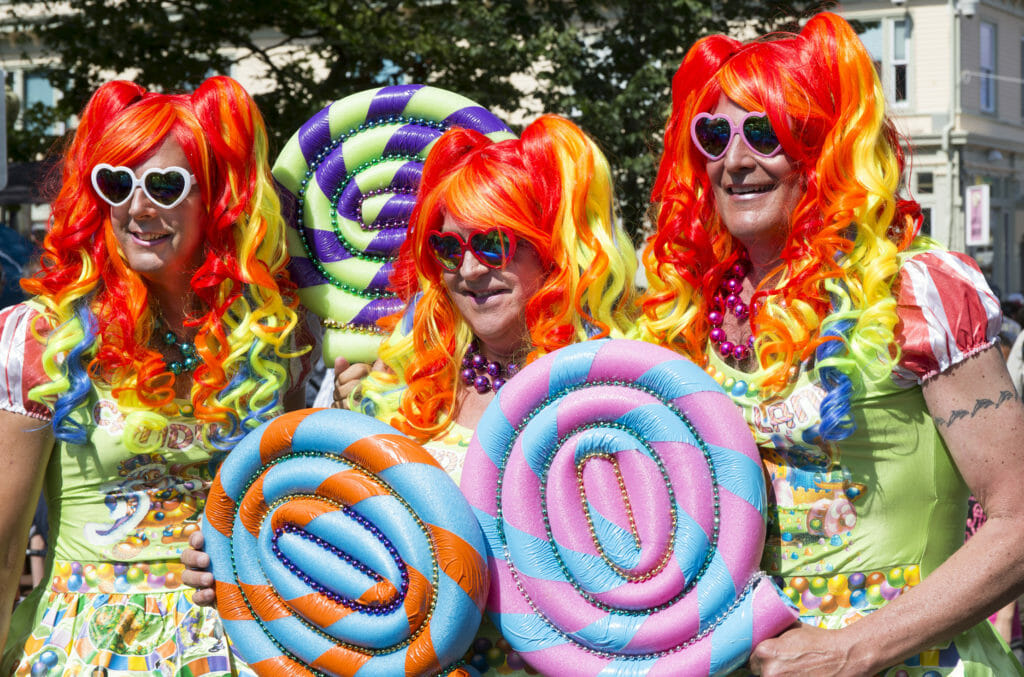 Of course, the centerpiece of Carnival Week, as always, is the parade along Commercial Street. There were 40 grand marshalls in honor of this being the 40th anniversary year of Carnival Week. The grand marshalls ranged in age from 17 to 80 and included legendary film director, John Waters, and comedian and LGBTQ activist Kate McClinton, from Saturday Night Live.

Carnival Week is amazing. Perhaps it could be best described as a pride celebration on steroids.

Provincetown is a beautiful and welcoming city. It was so much fun being there for Carnival Week and seeing so much of what Provincetown has to offer its visitors. It’s a highly recommended place not to be missed in your summer vacation plans. 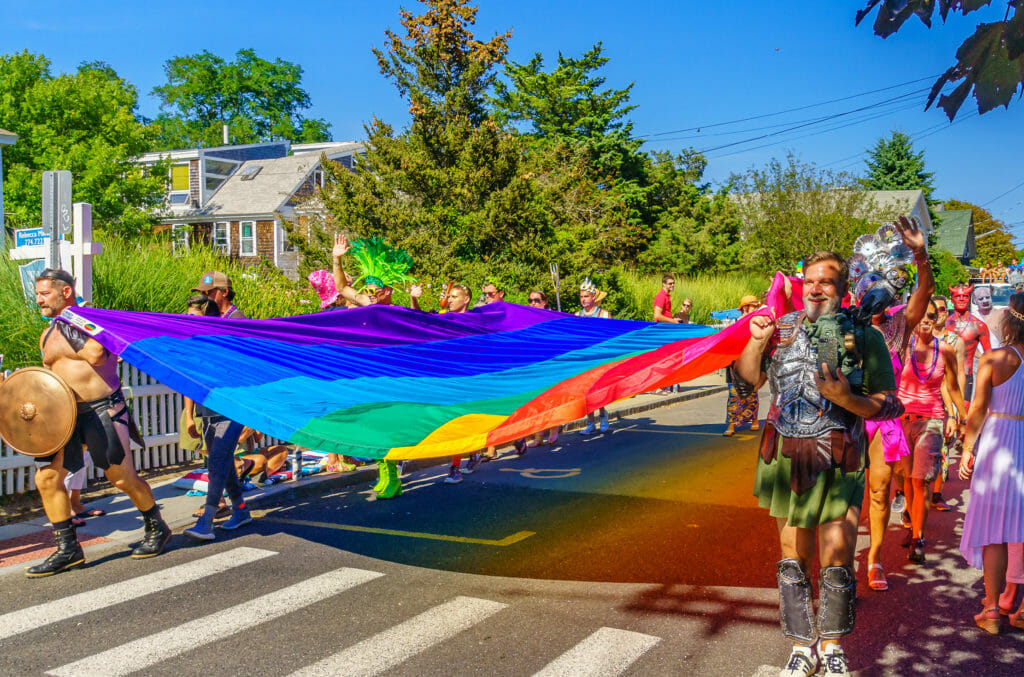 Cindy is a sales manager at OutClique Magazine. A South Florida native, she is a jazz vocalist and bassist.  She performs at festivals, concerts, events, community fundraisers, and local venues with her jazz trio. She recently performed at the Outshine Film Festival’s, “Big Night Out Party.” Cindy was also proud to have performed at Pride Ft.Lauderdale in 2015. Cindy can be reached at Cindy.OutClique@gmail.com.