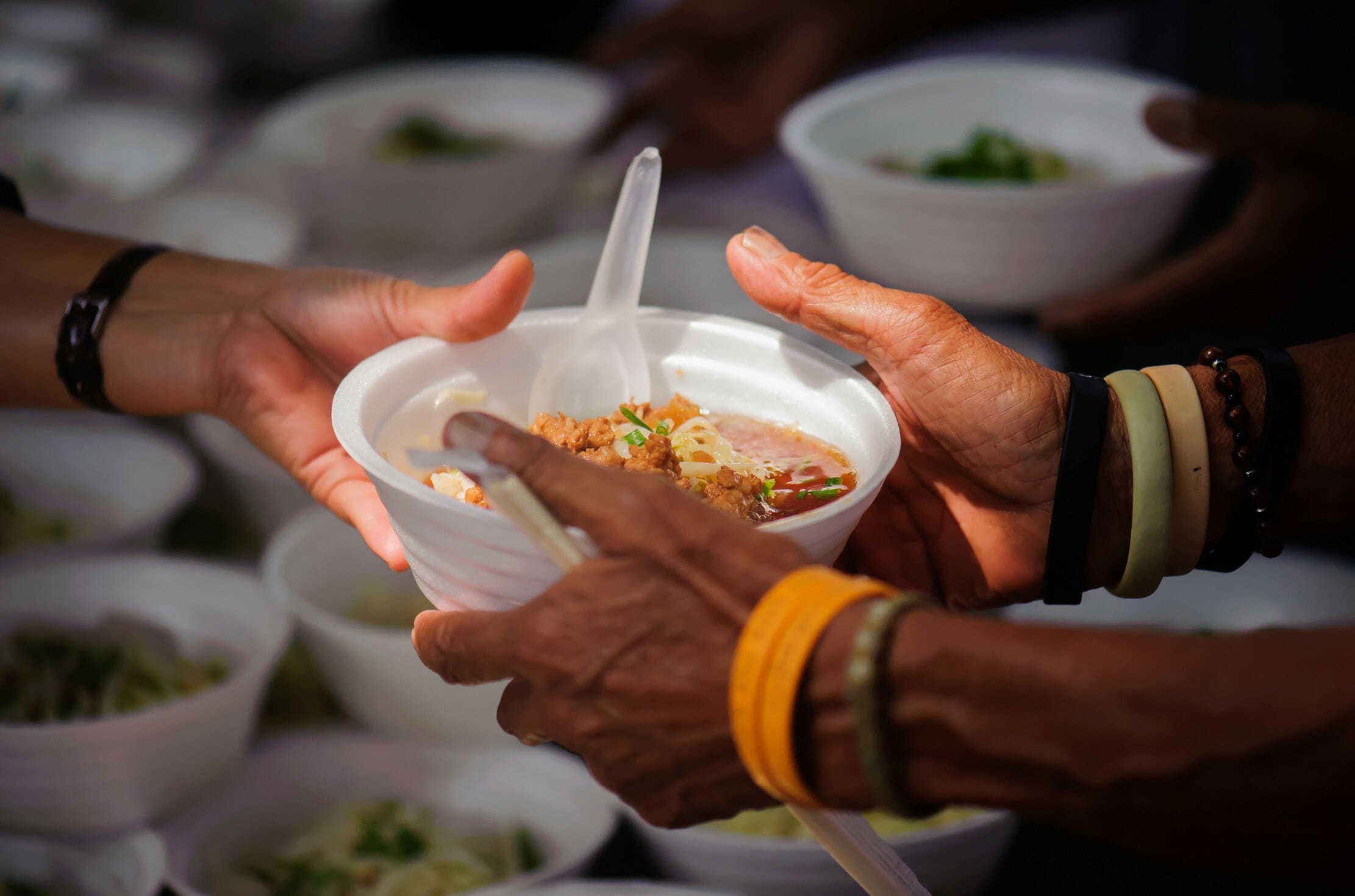 In 1990, when Fr. Bob Caudill started his church All Saints Catholic Mission, he just wanted to do what any priest would want to do: say Mass and dispense sacraments such as baptism and marriage. He had no idea that he would also be dispensing hot meals daily for a huge community of folks in need including the poor, those in transition, addicts, and LGBT people down on their luck. Fr. Bob says, “One night, soon after I started the church, there was a knock on the window. The visitor said he was hungry and asked if I had anything to eat. I told him that all I had was some PB&J, chips, and a coke. Would that be okay? He said, ‘Sure!’ He sat down with me and we ate together. The next night he came back with a friend. That is how it started.”

Fr. Bob’s parish has grown from five people to 450 families and includes a soup kitchen where he serves hot meals every afternoon from 2:00-3:30PM. He says he does not lack for donated food and has expanded his service to include groceries and other basics for anyone in need. He remembers a gay couple that came to him when one was laid off and the other was ill. They had lost their apartment, and told him that someone had stolen their bicycles. A parishioner donated bikes without hesitation.

Fr. Bob is a person who finds happiness in his service to others. You’ll hear it in his voice. He is also a man of patience who is accustomed to dealing with the usual roadblocks to simple charity. When he was a priest of the archdiocese of Miami, he could not openly marry same-sex couples. “After I started my own church, I was glad to be asked to marry a same-sex couple who were my friends,” said Fr. Bob. “Of course I said yes, and I laughed when I told them that for the first time in my life I would be able to officiate at a same-sex wedding without being worried that the photos would get back to the archdiocese!”

Interestingly, the clergy of all the nearby Roman Catholic churches gave Fr. Bob their generous and wholehearted support, demonstrating that at the local level, most Roman Catholic priests follow the dictates of their consciences and hearts even though they do it under the radar. Fr. Bob could not personally operate that way, but he is grateful to those priests for their kindness and help.

His experience of a hidebound church bureaucracy has well prepared him for dealing with a municipal bureaucracy with its own set of rules, regulations, and roadblocks. Fr. Bob and the City of Oakland Park hold different views about how his church and soup kitchen fit into the plan of development for that stretch of Powerline Road and how his operation and property should enjoy the status available to all other religious institutions. He is focused more on his ministry and less on legal wrangling.

Through his work with the poor, Fr. Bob says he has learned not to label addicts and the destitute with a broad brush. He says, “Just as the LGBT community is diverse, the poor include many different groups, and it’s sad that many of us shun all of them entirely, refusing to talk to them, and never touching them.” In a world of calculations, optics, and influencers, it’s good to know there is someone in our local community who simply gives what he has to those in need.