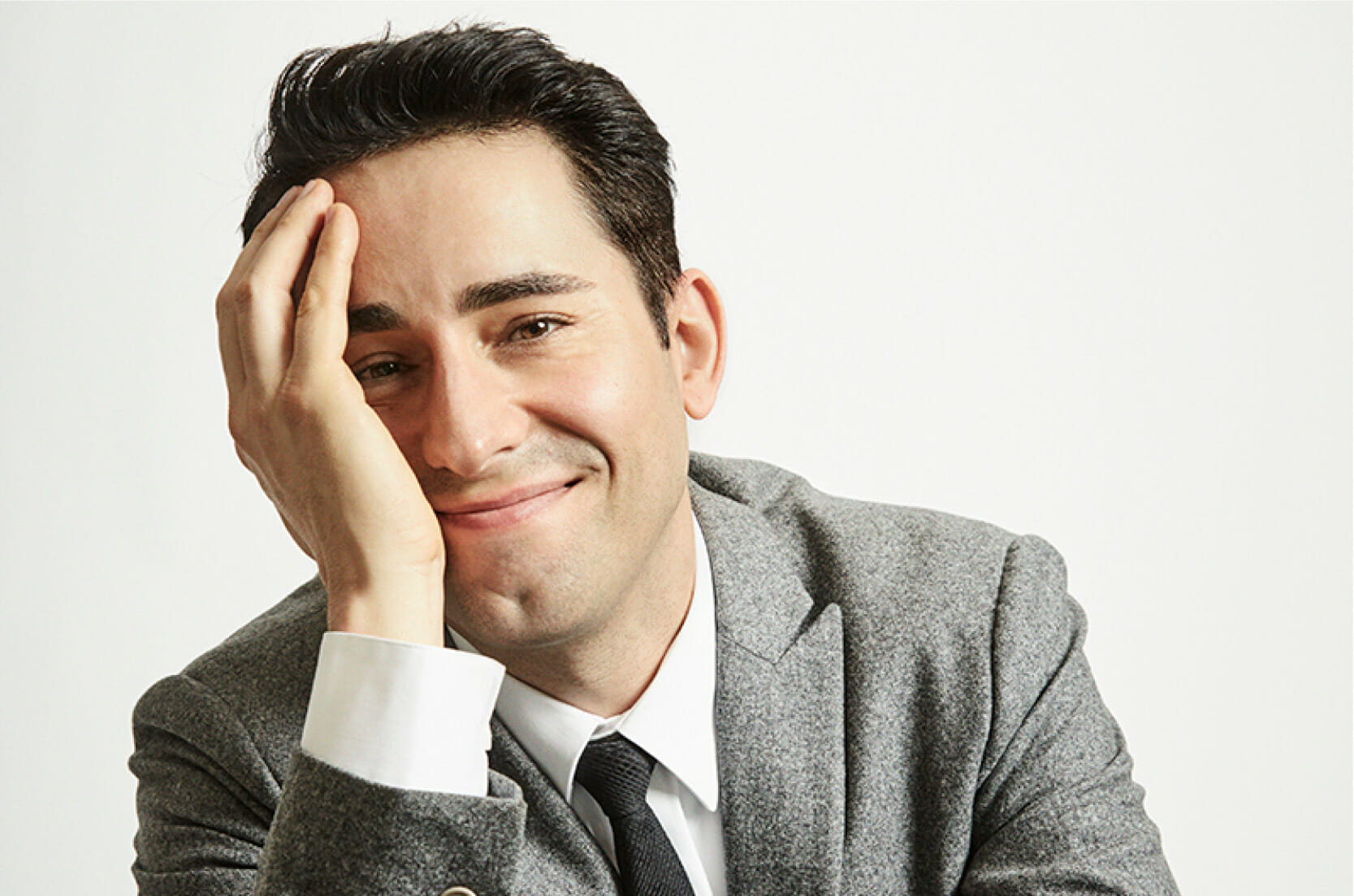 His Career and Starring in a Gay Film

John Lloyd Young has been in number of films, plays and, musicals, none more famous than his star-turn as Frankie Valli in the Broadway musical Jersey Boys and subsequent film adaptation. What is less known about Young is that he starred in a gay film. Young talks about his career, including the pros and cons of starring in a film that challenges people’s notions.

MIKE JEKNAVORIAN: Did you grow up in Sacramento?

JOHN LLOYD YOUNG: I was born in Sacramento, but I grew up all over the country. My father was in the Air Force. My favorite of our several stations was Omaha, Nebraska. We lived there when I was 10, 11, and 12. We lived near a corn field, and my friends and I used to bushwhack our way through the stalks and pretend we were in the jungle.

MJ: What’s one of the most interesting things that you saw or heard about the military that you can share?

JLY: When I was very young, my father used to take me to the movie theatre on the base. Before every movie, they’d play a video of the National Anthem. That was my first experience with movie-going. Stand for the Anthem, then previews, and then the movie.

MJ: Your pedigree is impressive. You’re the only performer that’s won a Tony, a Drama Desk Award, an Outer Critics Circle Award, and a Theater World Award. Where do keep all those awards?

JLY: I keep all my awards in my library with my treasured books. Awards are great, but it’s one day of your life. I like to keep past, present and future ideas and dreams all together in one room. It’s the perfect place for them.

MJ: You can converse in Mandarin. How shocked are Mandarin-speakers when they hear you speak it?

JLY: Honestly, they are usually pretty honored that I even know a little bit. Most people wouldn’t care to try to learn it, I think, believing that it’s way too difficult. I have a lot of intellectual steam to blow off, so for me, hunkering down and learning, especially the calligraphy, was a really enjoyable meditation. Between takes on the Jersey Boys movie, I kept a journal with me and kept going back and practicing my Chinese.

MJ: Did you meet President Obama when you were appointed to the President’s Committee on the Arts and Humanities?

JLY: He’s a thinker and a gentleman. He never lost his cool, and he was genuinely magnanimous, especially with children. That will always stick with me. I like him.

MJ: You’ve been in a number or plays and musicals so far. Other than Jersey Boys, what play or musical was most special to you, and why?

JLY: A real highlight was playing Marius in Les Miserables at the Hollywood Bowl. How can you beat singing “Empty Chairs at Empty Tables” outside under the stars for an audience of 17,000 people?

MJ: You’ve also performed in a lot of sacred performing-arts venues, including Carnegie Hall and Radio City. Which one wowed you the most so far?

JLY: I’m a political junkie. My favorite venue was the Kennedy Center, both onstage, backstage and in the audience. Imagine the people who have passed through those corridors? 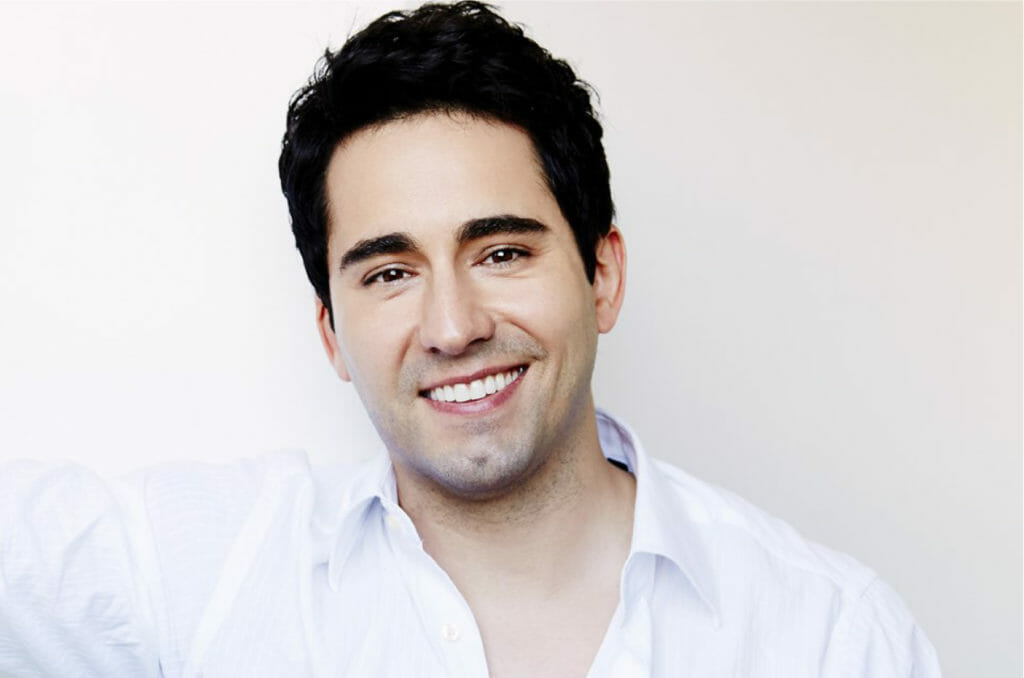 MJ: I love your art. Some of it contains bedazzled and beadwork. Were you inspired by beading that’s common in the drag world?

JLY: I’m a museum hound, and I studied art history as an undergrad. One day, I got an idea that married Arte Povera with pop art and Vegas/Hollywood/Liberace/Judith Leiber-like bling. That was it. I bought materials and started building a body of work. I’ve sold dozens of pieces now, and it’s been a really satisfying career of its own. I have a series of Campbell’s SOUPerstars, which are portraits of people. A few South Floridians have one, and I did one for President Obama that he kept in his private office at the White House and I hear will become part of the collection of his Presidential Library.

MJ: So now a fun question. How often are you recognized?

JLY: I’m recognized sometimes, but most people are pretty cool about it. Some ask for a photo. I was at an ice cream shop in L.A. a few months ago, and the teenage cashier looked up and recognized me, got nervous, and dropped my change all over the floor. I gave him a tip!

MJ: You play a gay man in the romantic comedy, Oy Vey! My Son Is Gay!! Not only does your character come out to his parents in the film, but it also addresses same-sex adoption. What was the public’s response to the film?

JLY: The you-know-what hit the proverbial fan when I did that movie. Imagine going from one of the most macho Broadway shows ever, into that movie. I learned that my liberal Brown University Ivy-League ideals were not mirrored in wider society. I lost some fans. I was also ridiculed within my own industry. It was a learning experience. Later on, I learned that some parents had been moved by the film, and my hope that it could have that effect is why I wanted to do it in the first place. So many scripts belittle or caricature gay characters, and this one didn’t. It wasn’t the top-ranked movie of all history, but it’s a sweet story, and I own my part in it proudly.

MJ: Live theater contains a fair amount of the unpredictable, but so can a film set. What’s the craziest or weirdest thing that happened on the set of Jersey Boys?

JLY: We were shooting a scene set in Frankie Valli’s Fifth Avenue apartment, years into his success. There was a grand piano in the apartment. Between setups, I was resting just off the set in my chair and I heard a familiar theme on the piano. I couldn’t place it. I looked around the corner and Clint Eastwood was sitting by himself playing the theme he composed himself for Mystic River. It wasn’t a crazy or weird moment. It was a quiet, somewhat beautiful one. I’ll never forget it.

MJ: Bob Crewe, who also happened to be gay, wrote and produced many of The Four Seasons hits. Did you ever get to meet him before he passed away?

JLY: I knew Bob Crewe early on, but I got to know him better in L.A. after I moved there. Bob was a self-proclaimed bisexual. He was, in my opinion, more European-aristocrat, in a way. Anything went with him, but with discretion, taste and decorum. He was a gentleman. And I don’t want to start any rumors, but if you look at the timeline, the Four Seasons hit parade dropped off when Crewe’s co-writing dropped off. Hmm.

MJ: What can audience expect from your upcoming show in Aventura? Will you be testing out any new songs?

JLY: This new set of songs will jump off with Broadway songs I love, evolve through to Jersey Boys, and then beyond into other great R&B and early rock. I’ll even some brand-new originals co-written by me and my Grammy-nominated music director, Tommy Faragher.

MJ: And finally, what will you do with your down time when you’re in South Florida?

JLY: I’ve got friends to visit from my time on President Obama’s arts committee, as well as my Mar-a-Lago friends. I’ll wear my referee stripes (laughs).