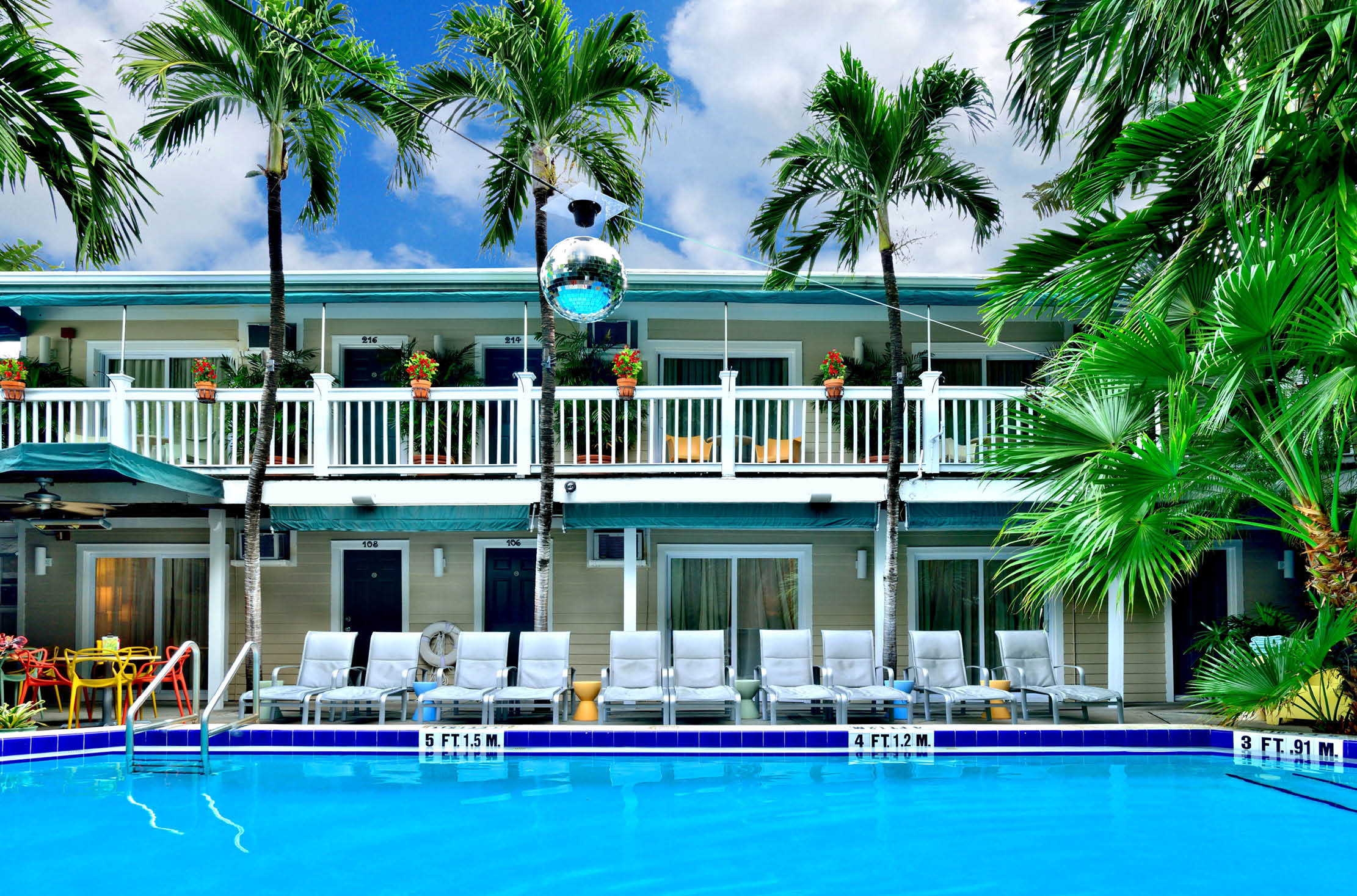 Change is inevitable, but returning guests at Island House Key West want one thing above all else: no changes. Because of their fond memories of staying at Island House, those guests look forward to its warm embrace, its relaxed elegance, its fabled attention to detail, its cordial staff, and its convivial atmosphere.

That is why two promo videos recently released by Island House put their loyal followers at ease. The first video features Island House owner Jon Allen talking about plans for the future, with assurances that Island House will continue to provide hospitality to the men who love it. In a town like Key West that has seen the disappearance of many gay guest houses in recent years, his words are welcomed.

Allen acquired Island House 20 years ago on June 4, 1999, transforming it into the premier gay men’s guest house in the world. About its future, he says, “When you take on something that is in terrible condition as was Island House, you know it’s going to be a long process to build it up. I knew we’d be selling an experience. That’s what the staff does. It’s their job to make people happy. They are always smiling and they remember your name. Island House really has much more in common with Disney than with Marriott. We are always fine tuning what we do, listening to our guests and making improvements. That process continues.”

Allen says he was on a mission when he acquired Island House. He didn’t come out until he was 40 and he was determined not to miss out on all that gay life had to offer. He built Island House to his own high expectations and standards. He says, “This place is my legacy, a place where you can be gay 24/7. From day-one that was the goal.”

The video also features what might be called the “next generation” of Island House ownership and management. Allen’s co-owner and husband Bobi Lore says, “I do have every intention of keeping Island House the best gay men’s resort in the world for at least another twenty years. I’ll work with the senior staff to insure that our guests have the experience they want.”

A second video released in December records the recent renovation process. In September of 2019, Island House invested more than a quarter of a million dollars in renovations and improvements. The entire pool deck was replaced, and finishes and fixtures in the guest rooms were upgraded. Also, additions to the cafe menu kept all the favorites in place. The legendary daily Happy Hour continues to draw guests, old friends, new friends, and neighbors together in merriment.

At the bar during Happy Hour in December, two guests celebrating their tenth annual Island House visit were overheard dreaming about what they would do with their windfall should they win the lottery. They agreed that if it were ever available, they would buy Island House just to make sure it will always be there for them and that it will never change. With or without a winning lottery ticket, it seems they will get their wish.

For more info and to book your next vacation to Island House Key West, visit www.IslandHouseKeyWest.com.