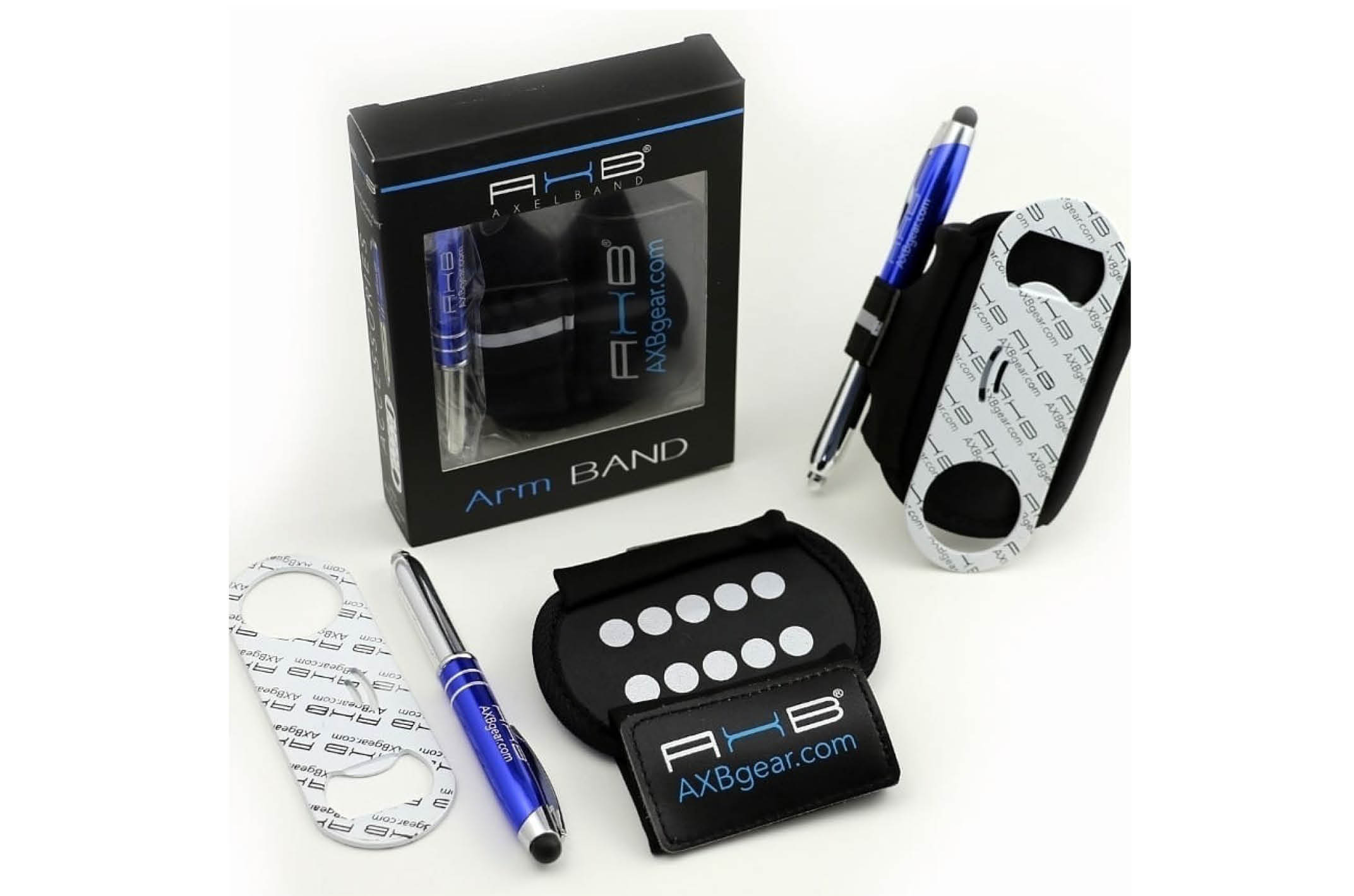 The bar is packed. You push your way through to order a couple of beers, and then . . . you wait. The harried bartender can’t find his opener, spots it at the end of the bar, and takes off. Meanwhile you sit there thirsty as the guy you’re buying a drink for starts to cruise the guys around him. It happens. A lot.

Now one local bartender with a creative flair is saving time and making money with an invention that gets drinks from behind the bar and into your mouth faster than ever. “It was actually created by bartenders for bartenders,” Chris Lodge says. He’s the GM at The Pub on Wilton Drive, and the inventor of Axel Band. “We were bartending behind the bar. It was a really long bar and most times people forget their bottle opener. So they either borrow yours or put it underneath a sweat band or put it in their pocket. Either way, not very efficient.”

His solution was to attach it to his body. “So what we did was put magnets on a sweatband, just so it would hold it.” But you can’t walk around with a magnet taped to your arm, Axel Band needed some style. “Then we made it look a little better just so we could look good wearing it. And then people started coming up and saying, ‘Oh, where’d you get that from?'”

The stylish, magnetic armband was just the beginning. From there he added a place to hold a specially designed pen that comes with a flashlight. Chris says it’s ergonomically engineered with the highest quality Neoprene fabrics meaning maximum comfort while being worn during busy bar hours. And it’s sweat-resistant when people are working up a sweat.

Style, simplicity, and utility all in one. Once it caught on locally it was time to take this show on the road. “We actually ended up getting it patented and it’s been pretty awesome.” They took the Axel Band to the massive and influential Bar Industry Tradeshow in Las Vegas and were one of the five most popular booths. Chris says it’s catching on because it’s something everyone in the service industry can appreciate. “Something created by us to make us faster behind the bar. Increases speed of service, efficiency. Makes more tips for you, makes the customers wait less.”

Nevada, which has a huge restaurant and club sector, is improving its health regulations to prevent hands from touching things like fruit and other accessories. So keeping bottle openers from rubbing up against sweaty bodies or being stored in well worn jeans is going to be the standard, and creates a huge opening for Chris and his Axel Band.

And the future is bright for his product. Axel Band is going to be featured on an episode of season seven of Bar Rescue on Paramount Network. Chris and his partners have also developed a belt clip version of the product. A lot of places have uniforms that don’t lend themselves to employees wearing armbands. Chris hopes to send the clip into mass production soon.

Chris is very proud of the product and uses it himself when he’s behind the bar at The Pub. “When I wear it behind the bar it becomes an extension of me. It’s comfortable to wear, ergonomic, and sweat resistant. It feels like you’re almost not wearing it.”

Axel Band sells for about $35(US). Check it out on their website, axbgear.com/armband/armband

Serving My Community with Pride

Sit Down with Your Google Calendar and Read This