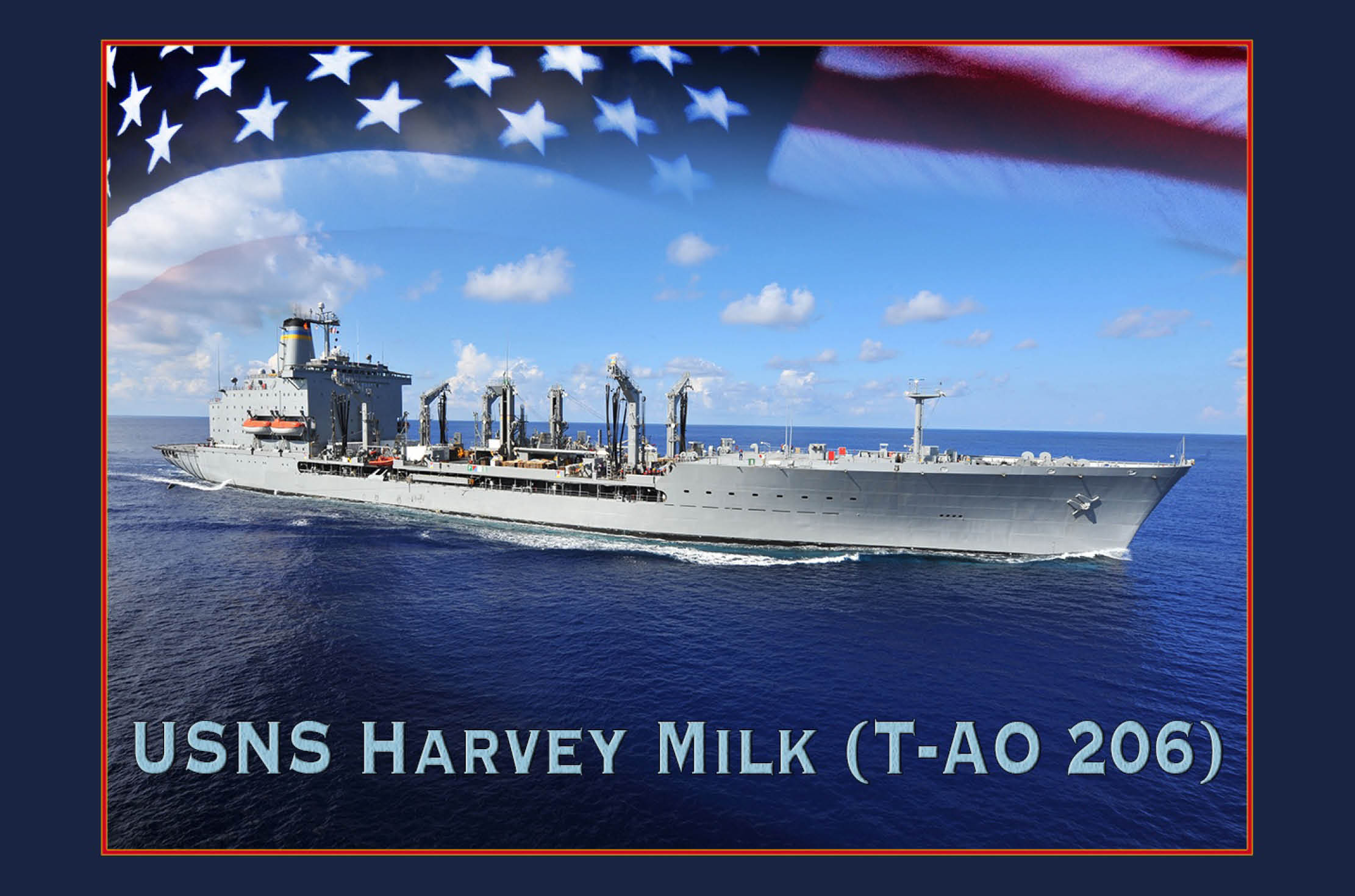 Harvey Milk may be long gone, but his message of empowerment, equality, and love is about to travel the world in America’s name. Construction is underway for the USNS Harvey Milk, the Navy’s new oiler ship that will resupply fuel to ships at sea. Its mission is much like Harvey’s was back in the day: help a community adrift needing something or someone to fuel its desire for progress. That is exactly what the gay icon did.

Many of us know about Harvey’s work from books or movies. Most famously, Sean Penn won the Oscar in 2009 for his amazing portrayal in the film Milk. Milk’s story of oppression and discrimination goes back decades, and has its roots in the very organization now honoring him: the U.S. Navy. He enlisted in the service in 1951, at the height of the Korean War. He was stationed in San Diego, CA, when, according to the New York Times, after four years of hard work, he was spotted at a “gay” park. After being interrogated, he was kicked out of the service.

From there, he moved up the West Coast to the burgeoning gay Mecca of San Francisco, CA. It was there that he found his home and his life’s purpose. Over the next 20 years he, along with his trusty bullhorn, forced people to pay attention to a community that everyone just accepted as second class. He became a founder of the Castro Village Association, one of the first gay oriented chamber of commerce-like groups in America. He shouted, “No more!” to anyone who would listen, and especially those that wouldn’t. The work led to his biggest victory and a fatal end. Harvey became the first openly gay man elected to public office in a big city, when he was elected to the San Francisco Board of Supervisors. The win was triumphant, but a year later would bring tragedy, when he was assassinated by a fellow politician. During his short time, he successfully fought back against discrimination of gay teachers, and worked to expand LGBTQ housing and employment rights.

Now his legacy is going to sail into ports that need to hear it more than ever. In late 2019, construction finally began on the Milk. When it’s finished it will be 742 feet long with a crew of 125. Work to get this ship named after the leader has been a long time coming, stretching back to the first Obama administration. In 2012 the San Francisco Board of Supervisors passed a resolution asking the Secretary of the Navy to name a fleet vessel after Milk. In 2016 the Navy awarded the honor to Harvey, announcing that this oiler would be named after the pioneering leader.

The Milk is under construction at his old stomping ground, San Diego, CA. Ships like this take a long time to build, so a dedication and launch date hasn’t been set, but once the USNS Milk hits the open water, it will bring oil to ships and an unmistakable message to the world. This ship may port in nations that still criminalize homosexuality, but the name Milk, in big letters on the sides of the ship will tell others there is hope. Hope for them personally. Hope for their community. Hope for humanity.