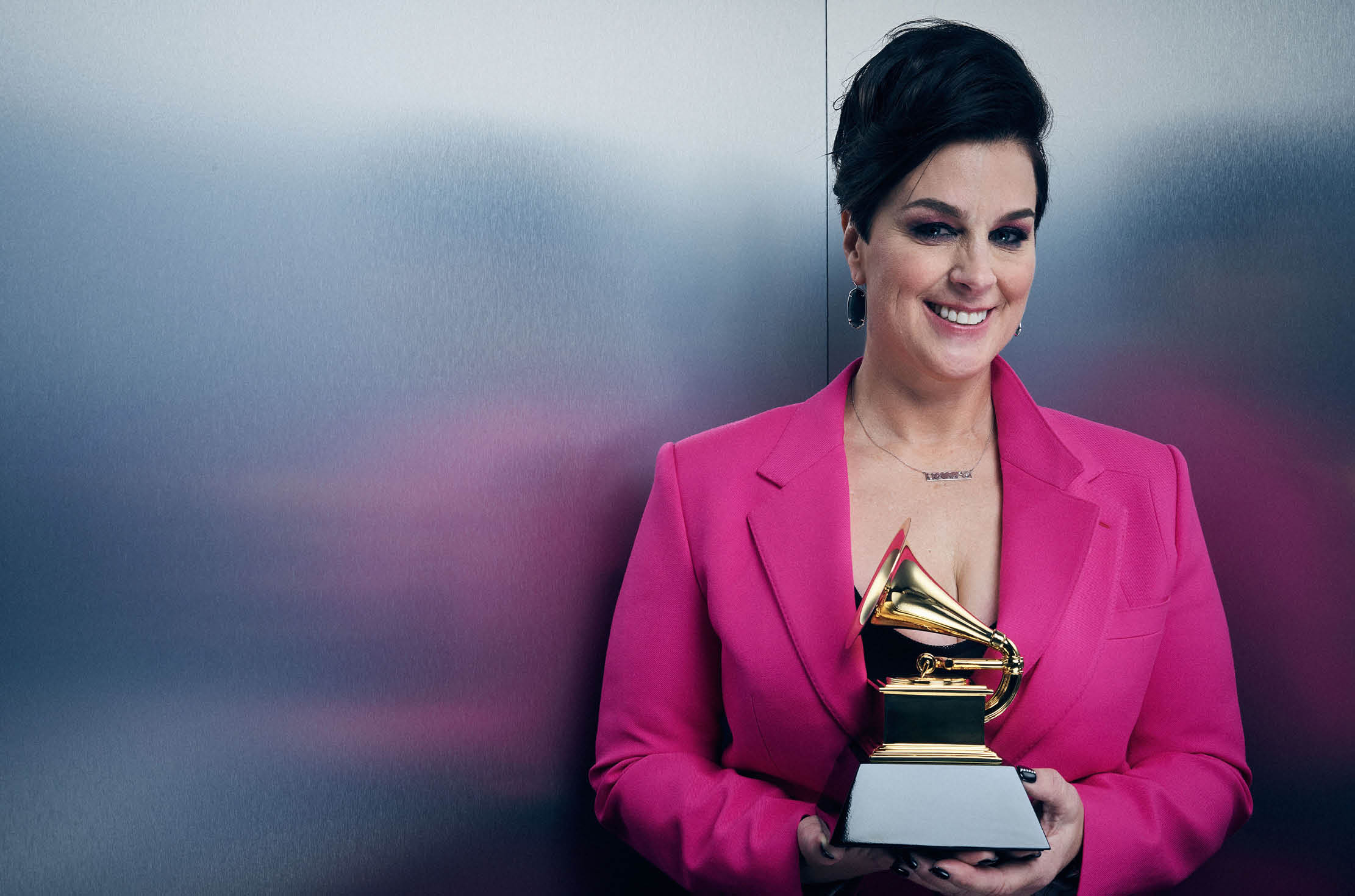 If you’ve been dancing in a club any time in the last 20 or so years, chances are very good that you’ve hit the crowded dancefloor to a remix by Grammy Award-winning lesbian DJ and producer Tracy Young. The mid-Atlantic native and Miami resident has left her distinctive mark on songs by Pet Shop Boys, Cyndi Lauper. P!nk, Shakira, Lady Gaga, Gloria Estefan, Cher, Beyoncé, Demi Lovato, Stevie Nicks, Katy Perry, Chaka Khan, Christina Aguilera, and most significantly, Madonna. In fact, it was a Madonna tune, “I Rise” from 2019’s Madame X, that earned Young her Best Remixed Recording, Non-Classical Grammy Award in January 2020, making her the first female producer to ever win the category. Busier than ever, Young was gracious enough to answer a few questions shortly after the Grammys.

Gregg Shapiro: Tracy, I’d like to begin by congratulating you on your January 2020 Grammy Award win for Best Remixed Recording, Non-Classical. What does being the recipient of such an award mean to you?

Tracy Young: Thank you so much, Gregg! I am still on a cloud from last Sunday’s historical Grammy win. I was just starting to feel comfortable with being nominated after 25-years in the business…and then I won!! It means everything to me.

GS: Please say something about the significance of being the first woman to win the Grammy Award for Best Remixed Recording, Non-Classical.

TY: Despite being eligible in previous years, the Best Remixed Recording, Non-Classical category was just introduced to the Recording Academy in 1998 and it’s taken this long for a woman to be nominated. Now in 2020, both the industry and my peers are starting to see the hard work that goes into this business regardless of gender. My hope is that my Grammy win will create a dialogue and platform in the industry to recognize more female producers who have been overlooked for so long.

GS: Do you have a special place picked out to display your Grammy Award?

TY: I do but it’s top secret and only my dog Lucca knows [laughs].

GS: Did you hear from Madonna, whose song “I Rise” was the one you remixed, after you won?

TY: Well, of course I texted Madonna, because she’s been somebody that I’ve not only aspired to be like as far as being an artist – she’s always pushing the envelope and growing and learning. She texted back right away saying, “Congratulations!” with a bunch of emojis. She’s happy. She’s super proud. She’s been an amazing support and has given me a lot of opportunities over many years.

GS: I first interviewed you in 2000. The title of the piece was “If Madonna Calls. . ..” Here we are 20 years later and you still have a significant working relationship with Madonna. What makes it such a long-lasting creative partnership?

TY: Trust is paramount whenever you are collaborating and that is the one thing that Madonna has always given me. She trusts the creative process and is very instrumental in guiding me forward. Our “I Rise” collaboration marks a high point in our long working relationship and I couldn’t be prouder to share this award with Madonna.

GS: From the very early days of disco to the present day, dance music has been a central component of LGBTQ+ culture. As an out person, can you please say something about how you see your place in LGBTQ+ history?

TY: Beyond the music that I’ve either produced or created, I hope to be remembered for my philanthropic support and fundraising efforts that give back to various LGBTQ+ charities such as GLAAD, GMHC, Elton John AIDS Foundation, The National Gay and Lesbian Task Force, The Trevor Project, It Gets Better, Diversity Honors and amfAR.

GS: With the 2020 election front and center on everyone’s minds, if you are asked to spin at a candidate’s fundraiser or, ultimately a candidate’s victory celebration, is that something you would do or do you prefer to stay out of politics?

TY: I don’t like to discuss politics, but I did remix the campaign song for Hillary Clinton’s run for the Presidency of the United States of America in 2016. The song titled “Stronger Together” features recording artist Jessica Sanchez. I also had the opportunity to play at Hillary’s fundraising rallies in Washington, DC.

GS: You are known for being incredibly busy with DJ and remix projects. Are there any on which you are currently working that you are particularly excited about and want to share with the readers?

TY: My focus is always music first, whether it’s original productions for my own label Ferosh Records or expanding my discography with fresh remixes for other artists and labels. I am currently in development with a fun new project but will not reveal any details until the time is right.