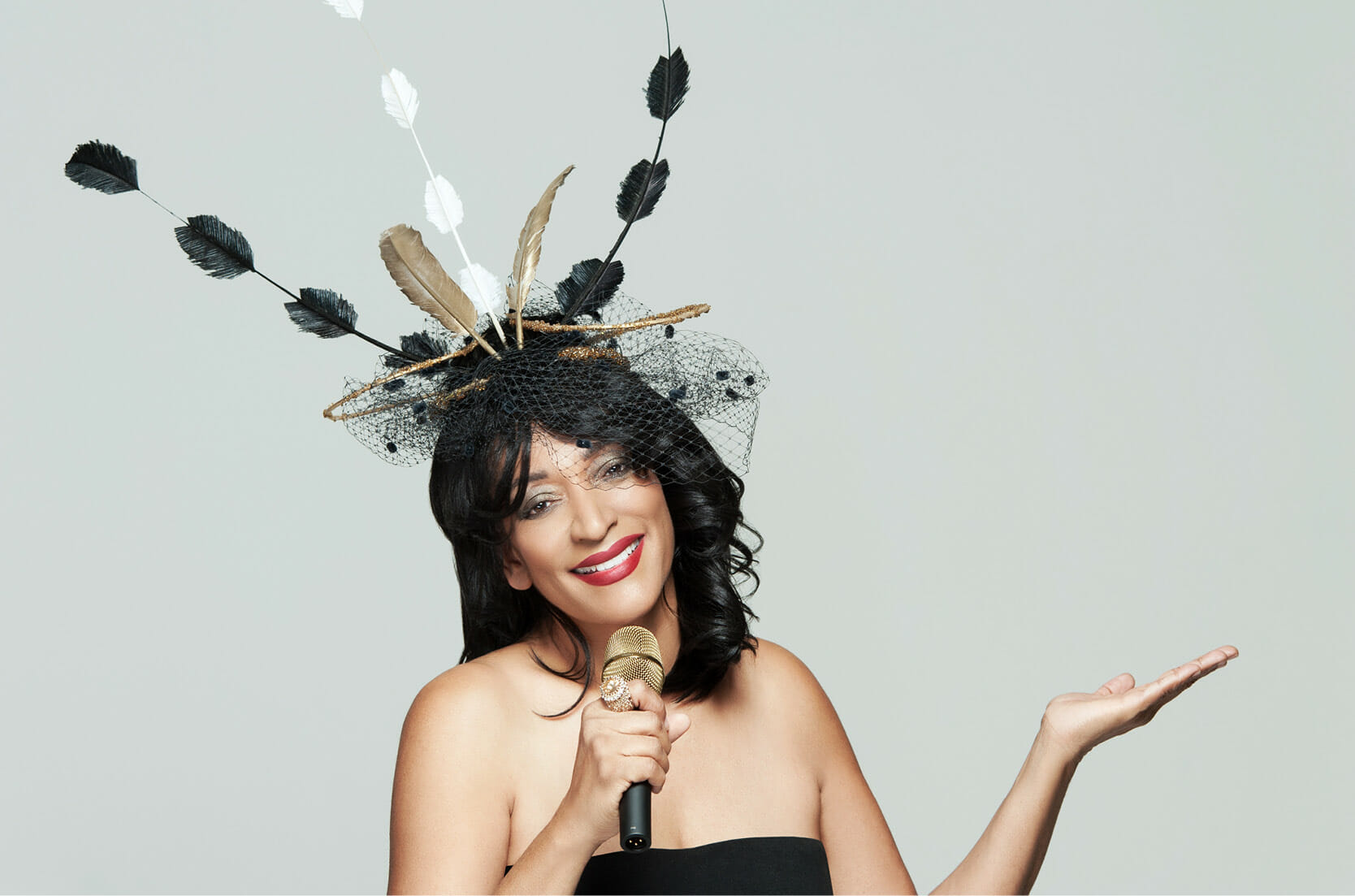 An interview with Kim Sledge of Sister Sledge

In the canon of classic disco tunes, 1979’s “We Are Family,” performed by real-life sister act Sister Sledge, reigns supreme. It’s up there with Gloria Gaynor’s “I Will Survive,” the Village People’s “Y.M.C.A.,” Donna Summer’s “I Feel Love,” Evelyn “Champagne” King’s “Shame,” France Joli’s “Come To Me” and Chic’s “LeFreak.” In fact, it was Nile Rogers and the late Bernard Edwards of Chic, who created the We Are Family album, on which the title tune, as well as the other disco delights “He’s The Greatest Dancer” and “Lost In Music,” could be found. Fast-forward nearly 40 years, and Sister Sledge is still performing. I had the pleasure of speaking with Sledge sister Kim in December 2018, shortly before they were scheduled to perform a New Year’s Eve show at the Seminole Casino Coconut Creek.

Gregg Shapiro: Kim, do you think it was inevitable that you and your sisters would become performers because your parents and grandmother were entertainers?

Kim Sledge: Yes, I do, I absolutely do [laughs]. I believe that it’s something that’s indicative of a lot of families where you see the family line is in the same profession. I think it’s a spiritual thing, in a sense. I believe that God puts certain gifts in certain families and different groups of people. It runs through the generations.

GS: Do you have children who are interested in being entertainers?

GS: There are some people who are under the mistaken impression that Sister Sledge was a kind of overnight success story in 1979, but you and your sisters had released a couple of albums, Circle of Love and Together, prior to We Are Family. Looking back on those first two albums, what do you think of them in retrospect?

KS: Even before the first couple of albums there were several different singles [laughs] from the very beginning. I love the energy on those earlier projects. There was excitement. You can hear the growth. With the earlier albums, you are willing to try anything [laughs] in your music. Try all kind of different harmonies, choices, styles, because you are finding out who you are. Those early things are really a lot of fun.

GS: With the two albums and the singles you mentioned under your belt, would you say that you were prepared for the reception that the We Are Family album and its title tune received?

KS: I can tell you most honestly that that was a great, wonderful surprise. We were grateful for it because, who wouldn’t be? It was such a privilege that it was us because it could have been anyone who had the privilege to sing that song. I remember hearing it for the first time on the radio. We were ecstatic to hear it!

GS: The song “We Are Family” appears on a number of best disco songs lists. What does that honor mean to you as a performer?

KS: I’m just so very grateful. Not only does it appear on those lists, you’ll hear it sung in churches and at football games. It seems to be a song that transcends different kinds of genres of music and different cultures and age groups. I guess because family is something common to everybody, it’s an honor. Hearing it in other formats and seeing it listed in different disco (compilation) records is wonderful!

GS: “We Are Family” is also known for becoming an anthem for the LGBTQ community. When the song was first released do you recall if Sister Sledge made appearances in gay bars, and if so, what was that experience like for you?

KS: We have performed for every single type of audience there is. It’s always wonderful to see anyone embrace that song. As I said, everyone has a family. I believe the spirit of the song is one of love and unity. There is pure love that pours off of that song.

GS: “We Are Family” was released in 1979, shortly before the so-called Disco Demolition led by Chicago shock jock Steve Dahl. Dance music, of course, outlived Steve Dahl and the disco naysayers. Why is it, do you think, that dance music has such staying power?

KS: It’s so funny, because we never realized that we were put into the disco category until disco became popular. We had been singing dance music from day one. Personally, one thing about disco that I thought was really special, and that goes for dance music, period, is that it’s something that everybody loves. When disco was hugely popular, I remember one particular true story. We performed in every single club we could think of [laughs] in our area that we could get to. From Washington to New York to Philadelphia; they were areas we could drive to. There was an elderly couple who would faithfully come and see us perform. They would come in to the disco, wrapped up in their coats and things, because a lot of times it was winter. The elderly lady would go into the bathroom and come out with her hair swooped up in ponytail and her disco clothes on, and she and her husband would get out on the dance-floor, with all of the kids around them, and they had a blast. Like I said, in terms of disco, there were no age lines, no color lines, no cultural lines. I think that was probably a little frightening to the music industry because you couldn’t categorize it. It swept over everything and it should have. It was music for all people.

GS: Sister Sledge is performing a concert on New Year’s Eve at the Seminole Casino in Coconut Creek. What do you like best about performing with your sisters?

KS: I love my sisters [laughs]! I just love them. You reflect on being able to be with them. There’s so much that goes on between siblings. Languages you never have to speak, expressions that you know [laughs]. It’s just great.

GS: New Year’s Eve is one of those holidays that people seem to either love or hate. If you weren’t performing a concert, what would you be doing on New Year’s Eve?

KS: One of two things. I’d be in church with my family bringing in the new year. That was a big tradition with our family. At 12 o’clock, we’d be ringing in the new year, saying “Hallelujah! We’re all here! We’re all alive.” Saying a prayer for the new year, for good will, for peace between people. When we were little, we used to bang on pots and make all kinds of noise [laughs]. We’d be home, singing with each other, counting it down, watching the ball drop in New York on television.

GS: Are you the type of person who makes New Year’s resolutions, and if so, have you kept all of the ones you’ve made in the past?

KS: I have made New Year’s resolutions, but absolutely not, I have not kept them all [laughs]. You’re very ambitious on New Year’s! Some I’ve worked on and some have lasted. Fasting at New Year’s, beginning the year with a fast for cleansing your spirit and your mind, taking on life in a new way, is a good thing. It’s like clearing out, taking inventory and starting over.