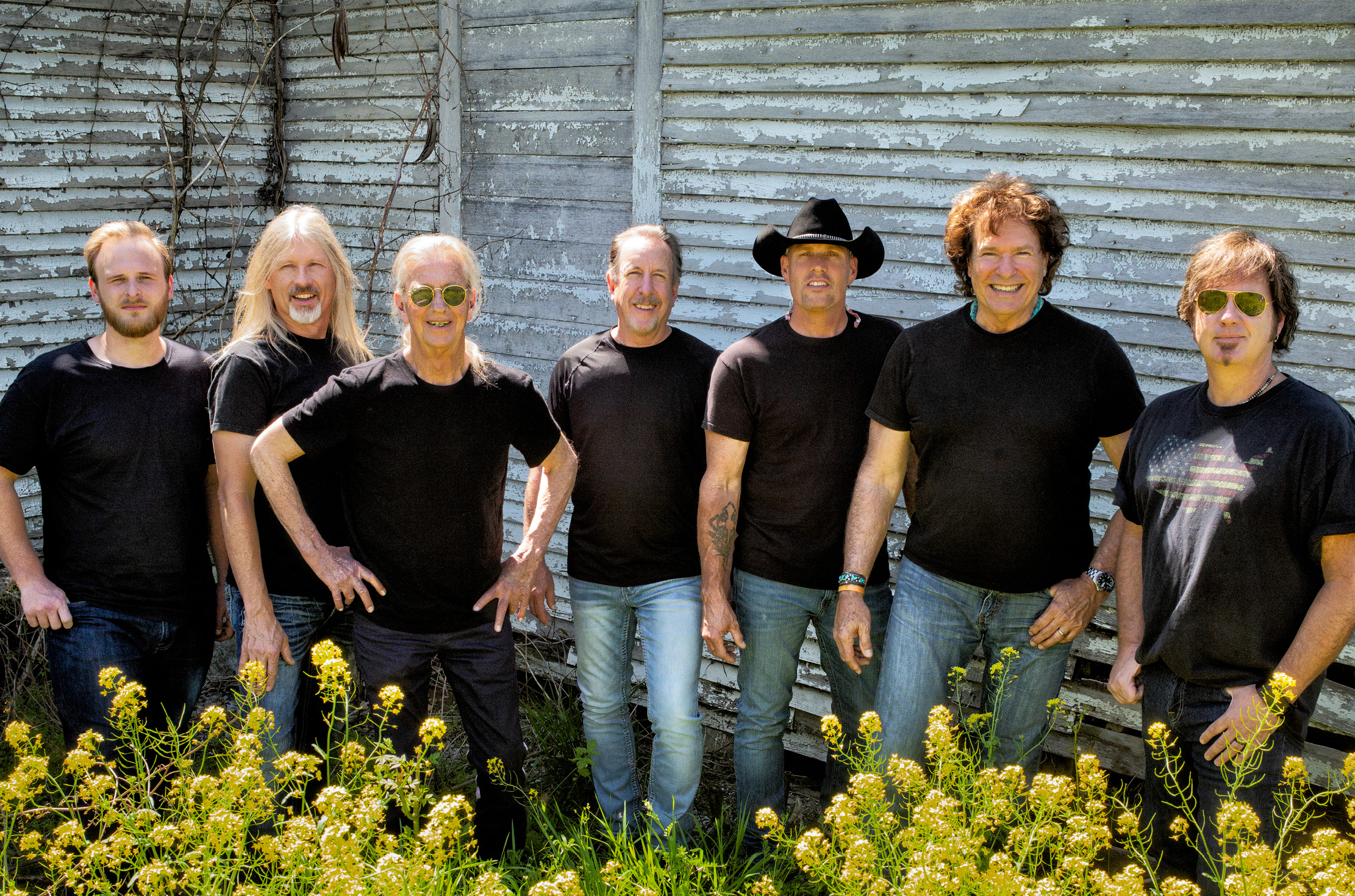 Audiences can celebrate Valentine’s Day with an unforgettable concert as the Broward Center for the Performing Arts and AEG Presents bring The Outlaws to Parker Playhouse on Friday, February 14, 2020 at 8:00PM. Tickets go on sale Friday, December 6, 2019 at 10:00AM.

Formed in Tampa in 1972 and known for their triple-guitar rock attack and three-part country harmonies, The Outlaws became one of the first acts signed by Clive Davis (at the urging of Ronnie Van Zant). The band’s first three albums The Outlaws, Lady In Waiting and Hurry Sundown – featuring such rock radio favorites as “There Goes Another Love Song,” “Green Grass & High Tides,” “Knoxville Girl,” and “Freeborn Man” – would become worldwide gold and platinum landmarks of the Southern Rock era.

Known as “The Florida Guitar Army” by their fans, The Outlaws earned a formidable reputation as an incendiary live act touring with friends The Allman Brothers, Lynyrd Skynyrd, The Marshall Tucker Band, The Charlie Daniels Band, The Doobie Brothers, The Who, Eagles, and The Rolling Stones.

Tickets are $37.50 – $77.50 with $127.50 VIP tickets available which include a meet-and-greet and premium seating. Ticketmaster is the only official ticketing service of Parker Playhouse. Buy tickets online at www.ParkerPlayhouse.com and www.Ticketmaster.com; by phone at (954) 462-0222; in person at the Parker Playhouse box office Tuesday – Saturday from 12:00PM – 5:00PM, and at the Broward Center’s AutoNation Box Office.

The neo-classical Parker Playhouse is a Fort Lauderdale landmark. One of the city’s first entertainment venues, it was built by Dr. Louis Parker and opened its doors on February 6, 1967. During its early years, the playhouse earned its reputation presenting theatrical seasons featuring legendary Broadway stars. In 2005, the Broward Center for the Performing Arts assumed management of the 1,168-seat, fully-equipped theater and, over the years, it became a venue of note for every kind of artistic activity – theater and Broadway, music, concerts, dance of all genres, comedy, conversations, celebrations, and educational programming that is curriculum-driven and aligned with Florida state standards. Parker Playhouse is undergoing a $30 million transformation to take the iconic venue into the 21st century. For more information on the Parker campaign, visit www.ParkerPlayhouse.com/Support.

In the Holiday Spirit with LeAnn Rimes