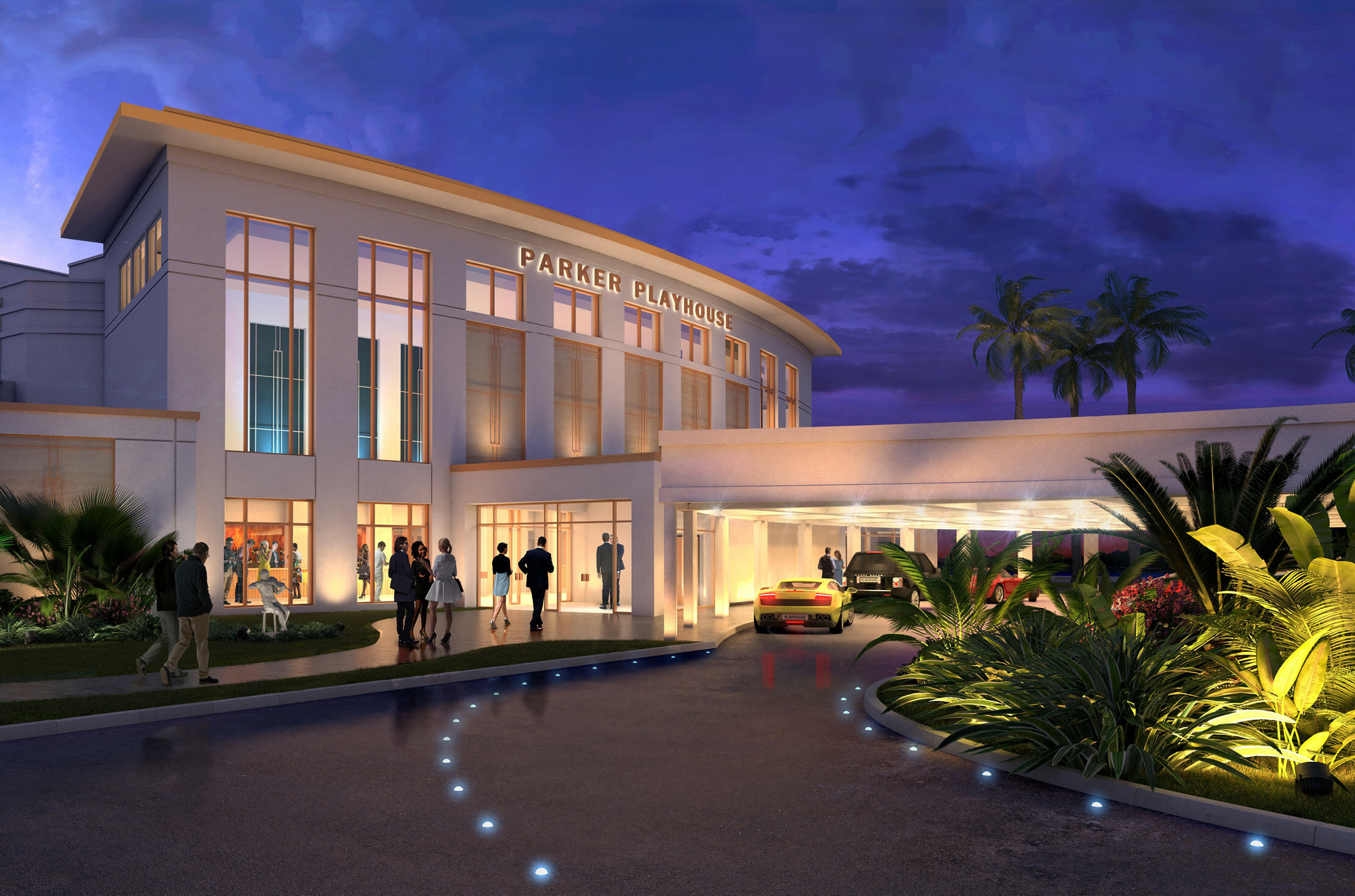 “This is an exciting next step in the transformation of Parker Playhouse,” said Kelley Shanley, president and CEO of the Broward Center for the Performing Arts, which has managed the Parker Playhouse since 2005. “The Parker is not only a legendary cultural and entertainment venue, it also serves as an economic catalyst and a vibrant classroom for students who attend educational programs and performances.”

Lisa Kitei, president of the Broward Performing Arts Foundation and spearheading the Campaign for the Parker, announced two new donations to the campaign. JM Family Enterprises, Inc. donated $1 million and will be recognized for this important gift with the naming of the Parker stage as The JM Family Enterprises Stage. The gift exemplifies the company’s unwavering commitment to children and families and the arts-in-education programs which transform their lives. “Giving back to the communities where we live and work is an integral part of who we are as an organization,” said Brent Burns, President and CEO of JM Family Enterprises. “Programming at Parker Playhouse enriches the lives of South Floridians through immersive cultural experiences, performances, and learning opportunities. We are honored to play a role in ensuring that a focus on the arts remains strong for generations to come.”

Bank of America, through its community development grant program, provided a grant of $500,000 and will be recognized with the naming of the Guest Services area in the new main lobby. “Bank of America’s partnership with the Broward Performing Arts Foundation is part of a philanthropic investment strategy to strengthen the economic health of communities across the country,” said Lori Chevy, the Broward County market president for Bank of America. “Through this partnership, we’re able to contribute to the future of Parker Playhouse and its ability to continue to fuel economic development in Fort Lauderdale.”

The campaign for the Parker Playhouse received early validation when the City of Fort Lauderdale committed $6.285 million to the project in December 2017. “This is a great day in our community,” said Fort Lauderdale Mayor Dean Trantalis at the groundbreaking ceremonies. “Parker Playhouse is a wonderful asset and one of the first places where theater and arts ever had a home here. It’s the only venue I’ve ever been to in the world where there is not a bad seat.”

The reimagined Parker Playhouse will retain its classic elegance with many original architectural features remaining intact. The original façade of the building will come alive in the stunning new lobby. Parker Playhouse also will feature private donor and premium lounges, a signature bar area, and new hospitality experiences in addition to upgraded systems, state-of the-art equipment, and advanced acoustics. The popular continental seating configuration of the theater will be maintained.

Renovations to the Parker will begin in Summer 2019 and are expected to be completed in Winter 2020. As the project will be completed in phases, the entertainment venue is anticipated to remain operational during the 2019-2020 season.

The general contractor is RCC Gulf, a joint venture between RCC Associates and Gulf Building. The architectural firm is Wilson Butler Architects and the interior design firm is ID & Design International. Representatives from all of the design and construction teams were on hand with hard hats for the groundbreaking celebration.

When Parker Playhouse opened in Fort Lauderdale in 1967, it was a catalyst in turning a sleepy beach town into a vibrant cultural community. Since that time, some of the biggest names in entertainment have appeared on the Parker Playhouse stage. Under Broward Center management since 2005, the Parker is home to hundreds of outstanding performances each season. The theater is also an integral part of the Broward Center’s education programs and served more than 40,000 students and their families last year.

About the Broward Performing Arts Foundation

About the Broward Center for the Performing Arts